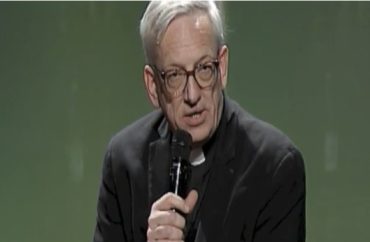 Jesuit professor and priest Joseph Koterski died on August 9. The Catholic priest committed his life to God and to defending human life at all stages, based on comments from those who knew him and his writing and public speaking.

Koterski taught at Fordham University and had a prolific writing, teaching and lecturing career, in addition to his duties as a priest of the Roman Catholic Church.

I’ve had two experiences with Professor Koterski. In 2014, while attending the Students for Life of America conference after the March for Life, I heard a Jesuit professor extolling the truth of what the phrase “social justice” truly means, alongside Kathryn Jean Lopez of National Review.

“It’s important to be aware that there is a lot of baggage with that term…because it suggests a lot of things that are quite unjust,” Koterski explained.

I later, prompted by that experience, hosted Professor Koterski at Loyola. The faculty sponsor of the talk asked me if I maybe wanted to have the Fordham professor speak about the poet Dante.

No, of course not. I wanted, and had, Professor Koterski speak about social justice and how it should be classically understood versus how it had been twisted by liberal activists to mean whatever they wanted it to mean.

The thoughtful and not polarized approach he took with that talk was a common theme of his work.

“He was a brilliant intellectual, but he was also at heart a humble priest who was boundlessly generous,” Lopez wrote recently in America Magazine, a publication of the Jesuits.

She shares this about the holy priest:

When he directed retreats for the Sisters of Life, as he frequently did, he would do spiritual direction, say Mass and hear confessions—and then he would go into the kitchen and help with the dishes. He wasn’t going to rest until the retreat team was done.

A former student of his shared similar similar impressions of the good priest.

“Fr. Koterski was an intellectual giant, probably the smartest person I’ve ever met. His courses were simply at a different level than any of the other courses I took,” Brendan O’Morchoe wrote in a Facebook post. “He gave completely of himself for the poor, the marginalized, the preborn, and everyone who served in those vocations. And he loved the Mass. You could just feel it every time he celebrated and preached.”

He was also not afraid to voice his opinion on the political implications of issues such as abortion. It’s one thing to give a homily at Mass or write a column for the local diocesan paper about why abortion is wrong.

But Koterski also signed onto a 2008 statement that objected to the idea that downplayed the issue of excommunication for pro-abortion politicians.

“The lack of public civility comes not from pro-lifers but from those Catholic politicians who support the right to kill innocent life in the womb and those who support defining man-woman marriage out of existence,” the letter said in part. “But, some want to treat these politicians differently because they agree with them on important but purely prudential questions like health care, and the minimum wage.”

The signers include the more well-known Catholic, political intellectuals such as Michael Novak, Peter Kreeft and Robert Bork.

IMAGE: Students for Life of America/Vimeo