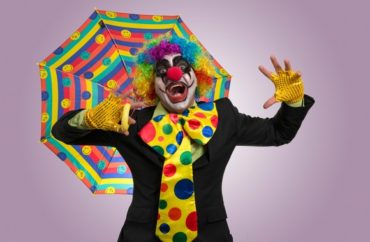 When Syracuse University harshly punished Theta Tau pledges for performing crass satirical sketches in the fraternity house, it said they had threatened the “mental health” and “safety” of the student body.

How did the student body know about the “roast” of fraternity members, performed for a private audience? Someone leaked private videos of the performance to the student newspaper, which published them for the world to see.

In other words, this private university held them accountable for the actions of others.

Shockingly, a New York judge ruled last year that Syracuse could ignore its own free-speech promises to students because of its wholly subjective policy on “threaten[ing] the mental health … or safety of any person.”

Now a higher court has upheld that joke ruling, demonstrating that at least four members of the Fourth Judicial Department of the Supreme Court’s Appellate Division are also clown jurists.

Judge Patrick NeMoyer (standing third from left) at least had the common sense to call Syracuse’s “mental harm” policy a “vague and standardless diktat” that should be struck down. 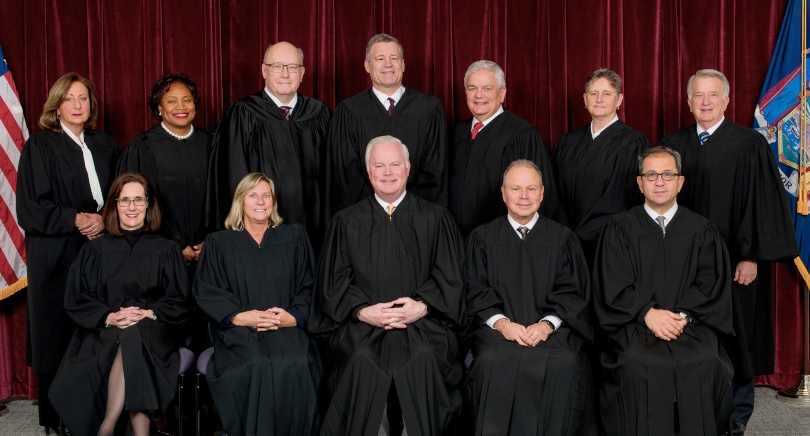 The black-robed buffoons masquerading as jurists found that Syracuse “substantially complied with its procedures” in the disciplinary proceeding.

The university allowed the accused students to “pose many questions to the investigator, even though the [University Conduct Board] exercised its discretion in precluding certain questions” (as provided under Syracuse policy) and refused to let the students call witnesses whose testimony the board deemed “procedural.”

The judicial jesters excused Syracuse of its written obligation to answer the students’ appeal within three business days or tell them the decision would be delayed. Syracuse took eight days, but that “substantially adhered” to its self-imposed promise. Oh, and the University Appeals Board had a lot to read. So.

The honorable harlequins then excused the “imperfect” aspects of the proceeding, namely the early public pronouncement by Chancellor Kent Syverud (below) that the pledges were guilty and that Syracuse would also pursue legal action against them.

For private sketches leaked to and published by the student newspaper.

This “sham proceeding convened to reach a pre-ordained result,” as Judge NeMoyer’s dissent correctly describes it, still “substantially” followed Syracuse’s own rules, according to the mummer majority. (Their definition of “substantially” is as subjective as Syracuse’s “mental harm” policy.)

Speaking of that policy, the four farceurs said Syracuse is free to override its promise that students can “express themselves freely on any subject” if that expression violates any other code provision. In other words, it’s a worthless promise:

Here, respondent’s determination that petitioners’ conduct—i.e., participating in videotaped performances at a roast that included dialogue professing hatred for persons of certain races, ethnicities, and religions, the use of slurs to refer to those groups, and the depiction of simulated sexual activity and sexual violence directed at persons imitating women and a disabled individual—threatened the mental health of persons in the university community is rationally supported by the record. [Remember, this was a roast. The funster foursome has apparently never seen a roast.]

It’s also irrelevant that the pledges did not “intend to cause harm,” as they argue, because that’s not a specific requirement in the code. It’s “neither unreasonable nor irrational” for Syracuse to hold individuals, not just the fraternity as an organization, responsible for tolerant “sexist” and “demeaning” behavior. (The majority is also apparently unfamiliar with the problem of unintelligible rules.)

The indefinite suspensions – for private conduct that offended no one in their own house – are also not so disproportionate “as to be shocking to one’s sense of fairness,” the ruling amazingly concludes.

Does it need to fit the Diagnostic and Statistical Manual of Mental Disorders?

Judge NeMoyer said he was “constrained to agree” with the majority that Syracuse can suspend the pledges, given “the absence of constitutional due process protections for private disciplinary proceedings,” but he marveled at their blind acceptance of the “mental harm” policy.

“What on earth does that actually mean?” he asked:

More specifically, what does “mental health” mean in this context? Does it require some nexus to a recognized [Diagnostic and Statistical Manual of Mental Disorders] condition diagnosed by a trained professional, or does the term “mental health” in Section 3 encompass any emotive discomfort or intellectual displeasure experienced by a person who objects to, disagrees with, or is offended by the “physical, verbal[,] electronic, oral, written or video” conduct at issue? Whatever it might encompass, the term “mental health” is clearly ambiguous and fails to provide any intelligible guidance by which reasonable students could tailor their conduct to avoid liability.

He also has no idea what “threaten” is supposed to mean – if it must be “directly communicated to or targeted at another person,” or if Syracuse can actually punish students if “a third person … learns of the statement months or years after the fact” and is mentally harmed.

“Must the perpetrator have intended to ‘threaten’ another person?” NeMoyer continues: “Indeed, from whose perspective is the existence of a ‘threat’ even measured?” The judge notes there’s the “reasonable person” standard that courts often use, but Syracuse might also mean that it can punish students “whenever anyone feels threatened,” even if their feeling is “wholly irrational and untethered from any objective conception of threatening conduct.”

The code “fails miserably” at distinguishing between mere offense and speech that “truly harms another person’s psychological, psychiatric, or neuro-cognitive functioning,” he intones:

Indeed, the staggering breadth of the provision is matched only by its indefiniteness, and it effectively serves as a systemic instrument for the suppression of any viewpoint that falls outside the zone of permissible opinion decreed by the most strident and self-righteous of the campus community.

That provision is “the very embodiment of arbitrary and capricious administrative decision-making that should be annulled,” NeMoyer concludes.

The Foundation for Individual Rights in Education repeatedly warned Syracuse that it was not free to ignore its promises to students to appease the offense mob, but the ruling makes clear that “SU evidently will not face any legal consequences for it,” Senior Program Officer Zachary Greenberg writes in a blog post.

The four judges “rubber-stamped” the atrocious treatment of the students, waving off “the absence of any intent to cause harm, the presence of only willing listeners, and the sardonic context of the event,” he says.

It’s a wonder that any student willingly enrolls at Syracuse and risks losing tens of thousands of dollars of tuition, given the university’s “general prohibition on subjectively offensive expression,” as Greenberg terms its speech code.

If you know anyone considering this garbage institution, try to talk them out of it.