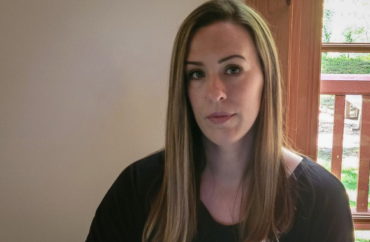 Both lawsuits have future court dates as the cases remain unresolved

A federal judge in Michigan has made two COVID vaccine-related rulings this week that at first glance appear to contradict each other.

But in a separate ruling the same day, he blocked Western Michigan University from enforcing the vaccine requirement against four female soccer players based on their religious exemption request.

Maloney denied the restraining order request made by MSU employee Jeanna Norris, who has lab work proving she has naturally acquired immunity from a previous COVID infection.

Maloney “cited federal rulings in favor of Indiana University’s vaccine mandate and said Jeanna Norris … is an at-will employee with no ‘constitutionally protected property interest in her employment position,'” the Associated Press reports.

MLive also reports that the judge, in his ruling, cited the 1905 case Jacobsen v. Massachusetts “to show that public entities can mandate vaccination for public health interests.”

A Michigan State University spokesperson declined to comment on the pending litigation in an email to The College Fix.

As for the Western Michigan University case, Maloney “issued the temporary restraining order on the day of Western’s deadline for athletes to get an initial shot or be unable to practice or compete,” the Associated Press reports.

“He said while the university had not had an opportunity to respond to the lawsuit that was filed Monday, the mandate is subject to strict scrutiny because it burdens the free exercise of religion.”

Another hearing on the Western Michigan University case is scheduled for next week.

The difference in the two rulings appears to be partly the nature of the two cases.

As the MSU courtroom battles continue, Norris’ employment is in jeopardy. The university’s website states anyone who does not comply with the vaccine mandate by August 31 faces disciplinary action, up to and including termination. The policy specifically excludes natural immunity as a reason for a medical exemption.

The Michigan State University lawsuit includes a request for a temporary injunction and is also a class-action lawsuit.

Norris is represented by the New Civil Liberties Alliance, which in a news release stated that her immunologist “has advised her that it is medically unnecessary to undergo vaccination.”

“Yet, if Ms. Norris follows her doctor’s advice and elects not to take the vaccine, she faces adverse disciplinary consequences from her employer. This policy cannot reasonably be considered anything other than coercive,” the alliance stated.

“The Supreme Court has recognized that a ‘forcible injection … into a nonconsenting person’s body represents a substantial interference with that person’s liberty.’ Given the antibodies generated by her naturally-acquired immunity, MSU cannot claim a compelling governmental interest in overriding Ms. Norris’s personal autonomy.”

The is the second lawsuit filed by the alliance regarding universities’ refusal to accept naturally acquired COVID immunity as an exemption to a vaccine mandate.

In its first case against George Mason University, the case was resolved after GMU granted the professor who brought the suit forward a medical exemption, but it was for a reason other than naturally acquired COVID immunity.

Although the FDA’s approval of the Pfizer COVID vaccine prompted many observers to suggest the objection to taking a non-FDA approved drug is now moot, Norris’ attorneys say not so fast.

As Just the News reports, the alliance told the Michigan court that “Pfizer’s Comirnaty vaccine is ‘legally distinguishable’ from the drugmaker’s BioNTech vaccine, which remains under emergency use authorization.”

“The former ‘is not widely available in the United States,’ meaning MSU is still ‘essentially’ forcing recovered employees including lead plaintiff Jeanna Morris to take either EUA vaccines or ‘worse yet’ domestically unapproved vaccines,” JTN reported.

“This explicitly violates the federal statutory framework for EUA vaccines, which requires the ‘free and informed consent of individuals’ taking them, as well as the Ninth and Fourteenth Amendment rights of employees, according to the suit.”