A Pennsylvania liberal arts college suspended a student and reported him to police for sending an email that mocked demands for a stronger bias response team and required classes on systemic racism, among others.

Colin Daly also said students can’t blame “skin color” for their problems, which could stem from “a lack of personal responsibility, lack of growing up in a stable two-parent household, or a general disinclination for learning of the college variety.”

The senior wrote the email to the Juniata College community anonymously but accidentally “left identifying information on the system he used to distribute his post to all of Juniata’s email accounts,” according to PennLive.

Before it identified Daly as the author of the June 26 email, the college claimed he physically threatened students.

The email contained “slurs, hateful language, and intimations of violence directed at members of our community on the basis of their identity,” President James Troha wrote in a statement the same day.

The next day, after it discovered that Daly was the author, the college published a new statement claiming that “law enforcement agencies are continuing their own investigations of the matter,” implying the unnamed student may have broken both state and federal law. The only law enforcement it mentioned, though, was Huntingdon Borough Police.

“Last night, members of our community received an offensive and hateful email which violated the values and standards of the Juniata community, leaving many of our community members feeling afraid, angry, vulnerable and unsafe,” Troha wrote.

MORE: Juniata is woke except for disabled students, employee claims

This statement, however, did not accuse the student of “intimations of violence” or similar wording.

“This kind of intolerance and bigotry at Juniata underscores the urgency and commitment with which we must work to achieve the promise of a just and equitable Juniata so that ALL members of our community are made to feel valued and included,” Troha concluded.

More than four years ago, a Juniata employee called out the school for an “increasingly radical” agenda that critiques “whiteness” and teaches students how to protest but neglects to take care of disabled students.

While Juniata is affiliated with the Church of the Brethren, a Christian denomination, the college does not advertise itself as religious. It does promote a weekly Buddhist meditation practice known as Metta, currently offered through Zoom. (The event listing misspells the practice as “Mehta,” an Indian surname, however.)

‘Nothing in the letter that we felt was prosecutable’

Smith said there was “nothing in the letter that we felt was prosecutable.” His office did not respond to repeated requests from The Fix to answer how it found out about Daly’s letter, whether the administration or students sought a criminal investigation, and what charges were suggested to Smith’s office.

Daly did not respond to an interview request through what appears to be his Facebook page, the only contact method The Fix could find.

Juniata media relations twice refused to answer Fix questions about the case, including what criminal laws and provisions of the student code of conduct it alleges that Daly violated and whether it would rule out expelling or indefinitely suspending him.

“This is a student judicial case proceeding and as such, these matters are private,” a spokesperson responded initially and reiterated when pressed.

After Juniata identified him as the author of the letter, Daly retracted much of what he said, telling PennLive he was horrified “at the lack of humanity, care, and empathy that I now realize I expressed in my letter”:

The person who wrote the letter is not the person I want to be. I am dedicating myself to a greater understanding of my neighbors, society and culture. I am sorry and will do better. 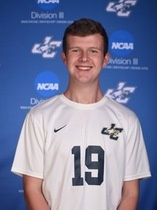 Juniata’s referral of offensive speech to law enforcement is reminiscent of Syracuse University’s response to leaked videos of crass satirical skits by a fraternity two years ago.

President Kent Syverud said then it would take “legal action” against Theta Tau, but the district attorney said the videos documenting the skits did not “make out the elements of a criminal offense.”

Daly’s anonymous letter to the student body, preserved as more than a dozen screenshots on the image service Imgur, was largely a response to a 26-page list of demands from student activists at the college.

“Despite years of pleading from marginalized student groups for the Juniata administration to live up to its stated commitment to equity, diversity, inclusion, and justice and make necessary changes to dismantle our own institutionalized forms of oppression, we have seen no sustained action and long lasting change from the administration,” the demand letter begins. “Indeed, in many instances, Black students are left to fend for themselves.”

The letter alleges that the bias response team “has not been active for quite some time” and must be made more “powerful” to create a “prejudice free campus.” It wants classes on systemic racism to be mandatory for students.

It complains that students weren’t notified when the “magnanimous” dean of the Office of Equity, Diversity, and Inclusion “quietly” left the college after being furloughed. Many students were also upset that the college announced a suspension of certain “programs of emphasis,” which students can choose as majors.

Daly opened his letter by blaming the Federal Reserve for the current student debt crisis and inflated college costs, then offered a blistering indictment of those supporting the activists’ demands.

“If you don’t feel accepted into the community, maybe you aren’t the kind of person others want to be friends with or maybe you are struggling in creating new relationships,” he wrote. 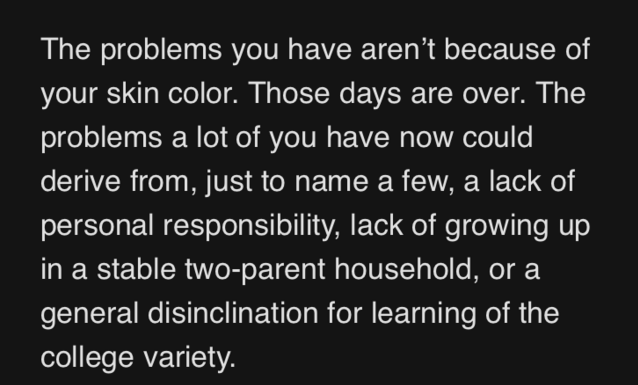 While he didn’t address nonwhite students directly, Daly said students couldn’t blame their “skin color” for their problems. If they face physical violence, “that is wrong” regardless of their race. But if “someone calls you a nigger, a faggot, a retard, stupid, or ugly, grow thick skin and move on,” he wrote.

Daly sarcastically said he expected student activists to “teach us all about how women are oppressed under Islam” and that black people “predominantly” sold other black people into slavery.

He concluded by attacking the “unachievable utopia” which activists were demanding, instead calling for “mandatory classes on Western Civilization” in order to fight “the saints of cultural Marxism.”

Many in the community took to Twitter to express their concerns. One student tweeted that Daly’s letter demonstrates “the need for a full time bias response team, a dean of diversity and inclusion, and queer/poc [person of color] counselors.”

Another created a petition calling for Daly’s expulsion, which passed 2,000 signatures as of Thursday night. (The petition associated with the demand list, which is a week older, is approaching 2,300 signatures.)

Another called Daly a “racist loser” and demanded that Juniata “use our private institution status to our advantage” by kicking Daly out. (Daly may have legal grounds to prevent Juniata from severely punishing him, regardless of its status as a private college.)

Hi everyone! Please consider signing the petition I created to call upon the administration to quickly investigate and expel the student responsible for the racist manifesto sent to us yesterday: https://t.co/mv7lH2xJio