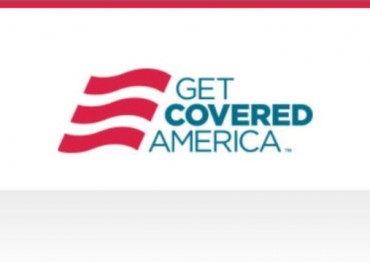 HOUSTON  – Latinos who have permanent resident status, also known as green cards, were instructed in Spanish on how to apply for U.S. citizenship at a city event and – while at the forum – were pushed to enroll in the Affordable Care Act.

The two-hour “Neighborhood Centers Citizenship and Immigration Forum” attracted more than 100 people, all of whom appeared Latino.

Hosted at a community center in a low-income area of The Heights neighborhood, the forum was billed on the Get Covered America website as “outreach to people in the community who are seeking citizenship status and would like information about the benefits of the new health reform law.”

Benito Juarez, an immigrant and refugee affairs official for the city of Houston, said in an interview with The College Fix that the event was primarily focused on assisting those who already have permanent resident status with the U.S. citizenship process.

Get Covered America representatives, who advertised the forum on their website, were also on hand, encouraging attendees in Spanish to enroll in the nation’s new health-care program, as permanent U.S. residents reportedly qualify for federally subsidized health insurance under the Affordable Care Act, also known as Obamacare. Only 20 minutes into the start of the 10 a.m. forum and the center’s parking lot was already packed. A street sign written in Spanish directed visitors toward additional parking. Guests were handed a large stack of paperwork as they entered the building.

Members of nonprofit vendors at the event spoke mostly Spanish to attendees, who were ushered from table to table to learn more about the process to become a U.S. citizen. One table offered brochures with information from the U.S. Citizenship and Immigration Services. Another next to it featured forms in both Spanish and English highlighting alleged benefits of the Affordable Care Act.

Get Covered America is the nonprofit publicity and recruitment arm of “Enroll America,” which aims to “maximize the number of uninsured Americans who enroll in health coverage made available by the Affordable Care Act,” according to its website.

As people at the forum milled about, paperwork in hand, a Houston Police Department officer addressed the crowd in Spanish. On a stage that loomed above the crowd, local lawyers provided pro bono counsel and assistance with citizenship forms.

After participants were finished with their citizenship paperwork, they were directed to a separate table run by Get Covered America representatives, who provided them with bilingual Obamacare brochures, asked them questions about household income and family size, and obtained their contact information to send them further information about the enrollment process.

Editor’s note: The article has been modified from its original version to indicate those in attendance at a forum to help them gain U.S. citizenship were pushed to enroll in Obamacare. Previously it was characterized as if they were “encouraged” to enroll.