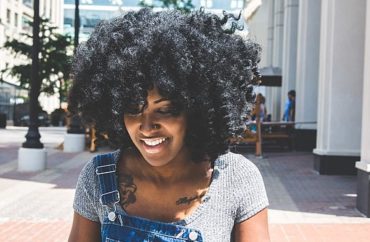 A professor is suing Loyola University New Orleans to reclaim her job after she was forced out of a new position at a different university due to allegations of racially derogatory remarks.

Sonya Forte Duhé alleges that the Catholic university has no “cause” to prevent her from returning to her job as director of the School of Communication and Design.

The five-page complaint implies that Loyola is using “false and defamatory accusations” to violate her contract, which remains in force because Loyola allegedly never “accepted” her resignation.

Arizona State University rescinded its offer to Duhé to lead the Cronkite School of Journalism and Mass Communication on June 7. More than 20 Loyola students had alleged that she made racially insensitive comments about black hairstyles and appearances in regard to professional standards in broadcast journalism, according to The New Orleans Advocate.

Some Cronkite School faculty also alleged that Duhé would harm its reputation because of her tweet about “good cops” for #BlackoutTuesday, a social media movement that posted empty black boxes on June 2 to promote racial justice. She has since deleted the tweet.

Loyola President Tania Tetlow apologized in June for the “deep pain” felt by students over Duhé’s alleged comments and announced that Duhé would not be returning to Loyola, according to The New Orleans Advocate.

MORE: Professor clear for racism charge for using the n-word but is still in trouble

Tetlow emphasized, however, that Duhé may have been trying to give practical career advice to black students hoping to enter broadcast journalism, however poorly it was delivered.

“Our responsibility is to make our students aware of implicit and systematic racism by acknowledging that it exists and helping them strategize about how they can help the profession, and society, make changes,” she wrote to the community, apologizing for the school’s handling of the situation.

A Loyola spokesperson told The College Fix via email that “the claims therein are best addressed through the course of litigation and will respond to them through that process accordingly.”

Loyola did not answer questions about why Duhé was not allowed to return to the university and what role Arizona State’s decision played in its decision.

Loyola has not stated what grounds it has to block Duhé’s return. University guidelines on termination allow for the firing of tenured professors for 10 reasons. One is “grave offense[s]” against Catholic morality such as “the practice of racism.”

While nine of the lawsuit’s 15 key points address Duhé’s work on issues of race or diversity at Loyola, she does not explicitly allege why the university refuses to let her return.

Under Duhé, the communication school “was consistently in compliance with diversity standards,” it says. She started and served as the advisor for a chapter of a black journalist student group, started several “diversity and inclusion” initiatives, and “[h]ired more minority adjuncts in the School than in the history of the program.”

If Loyola won’t reinstate her as a tenured professor and director of the communications school, it must compensate her for unspecified monetary damages, the suit claims. She has explicitly denied making race-based comments to students.

The Fix attempted to reach Duhé for comment through Twitter and through her husband’s email address over the past week. Her listed Loyola email address no longer works.

Duhé’s attorneys declined to comment to The Fix. They did not respond to a followup question on Monday asking if they had any plans to sue Arizona State.

Former students complained that Duhé often told them to alter their appearances, including wearing makeup while in front of the camera, as well as speak with a voice typical of an on-air journalist, according ASU’s State Press.

In a Twitter thread in early June before ASU rescinded Duhé’s offer, Whitney Woods alleged that her professor remarked that her hair was “messy, not appropriate for on-air,” and that Duhé “mistreated” nonwhite students.

Loyola conducted a human resources investigation against Duhé in 2019, according to a 104-page report obtained by the State Press. (The newspaper did not post even a redacted version of the report for readers to review for themselves.) Loyola said it took action against Duhé at the time but did not elaborate to the State Press what that entailed.

A Loyola journalism professor colleague previously told school newspaper The Maroon that Duhé has flaws and faults but is a good professor.

“Over the years, I have spoken with many students who have had complaints about her,” Michael Giusti said. “I can honestly say though I think that those came from a place that was not based on race, it was coming from disagreements, misunderstandings, or just clashes of personality.”