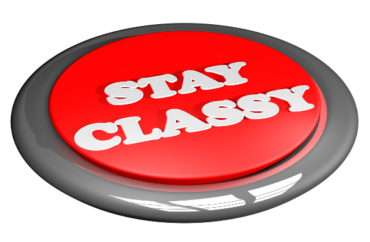 A leader in an Arizona education reform movement wasted little time taking advantage of John McCain’s death, referring to the longtime US senator as, among other things, a racist.

#RedforEd’s Derek Harris also said he’s “not sorry [McCain’s] gone,” and claimed an “empty rusted bucket” should be his replacement.

#RedforEd bills itself as a non-partisan conglomeration, but Harris’s antics, along with its close association with Democratic gubernatorial candidate David Garcia, belie such a billing.

According to The Washington Free Beacon, after McCain’s passing Harris first took to Twitter to call the senator an “old bigot,” adding “He’s no jerry [sic] Falwell, but I’m not sorry he’s gone… more worried about who’ll get appointed in his place.”

May I recommend a possible replacement for John McCain? This empty, rusted bucket.

In addition to his own remarks, Harris retweeted the thoughts of others:

One of the posts shared by Harris characterized McCain as a “racist dirtbag.” Another, from radical Mehdi Hasan, did offer condolences to McCain’s family, but only as a way to put the blame on McCain for the deaths of “thousands of innocent Iraqis, Afghans, Yemenis, Syrians, Palestinians & others who might be alive today were it not for the votes, & actions, of John McCain.”

Earlier this year the Free Beacon detailed Harris’s progressive partisanship including his sharing of Facebook posts such as President Trump is a “racist motherfucker who hopes to kill more native [sic] Americans,” Republicans “are the true Sodomites,” and a “describe [Ronald Reagan] in two words” post which says “still dead.”

#RedforEd suffered a major setback on Wednesday after the Arizona Supreme Court struck down a ballot measure which would have increased the state’s income tax. Strongly backed by #RedforEd, Proposition 207 sought to raise the income tax rate by three and a half percent on individuals making more than $250,000 or households making more than $500,000 — bringing in a total of some $690 million.

The court ruled the measure “did not accurately represent the increased tax burden on the affected classes of taxpayers.”