If at first you don’t succeed …

Some at Lehigh University have tried again — for the fourth time — to get the school’s board of trustees to revoke President Trump’s honorary degree, awarded to him in 1988 after speaking at commencement.

The basis for the latest — Office of Multicultural Affairs — complaint is the president’s alleged violations of Lehigh’s “Principles of our Equitable Community.” These principles include the usual flowery academese about “respect,” “sensitivity,” etc.

For example, they state: “We affirm academic freedom within our community and uphold our commitment to the highest standards of respect, civility, courtesy, and sensitivity toward every individual.”

But right after that:

“We recognize each person’s right to think and speak as dictated by personal belief and to respectfully disagree with or counter another’s point of view.”

Apparently, the OMA doesn’t think much of the latter statement, and as we know, for progressives (especially those in academia), things like “civility” and “sensitivity” actually mean “things in which WE believe.” 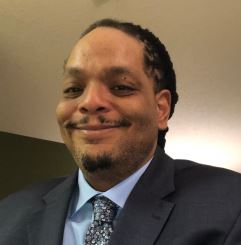 OMA Director Chad Williams (at left) began the latest petition; he wants the Board of Trustees to at least give reasons why Trump should keep his honor:

“OMA believes that it is hypocritical and alarmingly tone deaf for Lehigh University to dedicate itself to becoming an anti-racist institution while also publicly showing its support for the rampant white supremacy and outright xenophobia displayed by the current U.S. President Donald Trump.”

Williams believes the fact that Trump was bestowed with the honorary degree 32 years ago is an “impediment” to those doing anti-racist work at Lehigh today.

“It is just a matter of respecting the efforts of folks, all of us in this community […] who all have to do this incredibly tough push day in and day out of turning this institution into an anti-racist institution,” he said.

Williams also denied that his motivations are political.

Hannah Kushner of the Lehigh College Democrats noted her organization supports Williams’ efforts. “Now that Lehigh wants to be an anti-racist institution, it makes sense that they would want someone as openly bigoted as Donald Trump to not hold an honorary degree,” she said.

The College Republicans’ Garret Anderson said there’s no reason to revoke the president’s degree: “Donald Trump has not done anything flagrantly, or anything racist, to my knowledge.”

The CRs’ Marietta Sisca added that the petition is merely “performative,” saying “I don’t see how rescinding an honorary degree is going to fix racism at Lehigh.”

The answer is “it won’t,” Ms. Sisca. You’re spot-on in saying the action is “performative” because that is what Offices of Multicultural Affairs mainly do.

Just look at Williams’ letter to the Lehigh community in response to George Floyd’s death — he refers to the killing as a “vicious, hateful and outright lynching-style murder” and says the university’s “new normal” will be one that is “free of hate,” “overflowing with mutual understanding” and that celebrates “unique differences” and the “principles of civility and respect.”

Lastly, speaking of “performative,” Williams might want to have a word with the Lehigh College Of Education as it recently plagiarized part of its anti-racist statement. But never fear — its dean promised that “decolonizing syllabi” and “working to become an anti-racist community of scholars” remains a top priority.