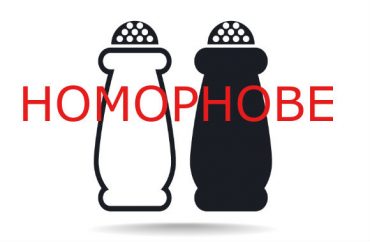 How can bagels build your sexual stamina? What can ramen teach us about sex in college? These are vital questions that Jay Friedman, a self-described “gastronaut,” discusses in his presentation to college students called “Sexy Feast.”

But he’s not just appearing before sex-positive eating clubs.

Friedman will address the entire incoming class of the University of North Dakota for Welcome Weekend in late August, at the invitation of the Student Involvement and Leadership Office.

The Seattle-based freelance writer and restaurant critic will speak as a “sex education” expert, according to the Welcome Weekend schedule.

Though he’s popular with student event organizers, Friedman has trouble keeping the sex modest in his food writing, leading him to accuse a former publisher of puritanism for making his work less dirty.

Friedman’s promotional website describes him as “the real deal—the only professionally certified sex educator exclusively touring the college lecture circuit. Nobody does it better. And he’s been at it for over 20 years.”

It notes he is certified by the American Association of Sex Educators, Counselors and Therapists, and is a “multi-year nominee as ‘Lecturer of the Year’ by the National Association for Campus Activities.” (Inexplicably, his full bio leaves out his alma maters, Cornell and the University of Vermont.)

Also left off his official bio, but included in a writeup by the Seattle public-access TV show The High Bar, is that Friedman got his start in sex-ed work during seven years with Planned Parenthood.

Friedman is a regular at universities. The Student Activities Board at the University of Michigan-Dearborn described his talk there in September this way: “From doughnuts to lasagna to ramen, lessons range from sexual assault prevention to meeting the perfect partner to spine-tingling tips that boost sexual satisfaction.”

The university did bring Friedman for “a talk about protected sexual activity” and it was hosted by the Student Activities Board, UMich-Dearborn spokeswoman Beth Marmarelli told The College Fix. Marmarelli could not provide information on speaking fees before this article was published.

In February the University of Arkansas hosted Friedman, complete with a reception, thanks to the University Programs Cultures and Concepts Committee. It was coordinated through the Office of Student Activities and “supported” by the student activities fee.

Friedman’s website Gastrolust is devoted to articles relating food to sex and sharing his personal disgust with traditional morality.

"Don't have sex because you will get pregnant and die"…but really though? Jay Friedman giving the A-Z of food/sex. pic.twitter.com/yzWcsNnAqS

Friedman wrote a sex-and-food column for Edible Seattle until early 2011, leaving after a dispute with the publisher over a column about chocolate and eroticism.

When the publisher edited out some naughty bits from his article, Friedman blamed people’s “personal discomfort with sex” and said it was an example of “feeding the culture of animosity toward sexual rights.”

The following week, Friedman published “Spice, Sex, and Censorship” in a local arts and culture website, The SunBreak, where he interrupts an article about a spice store to go off on a tangent about sexual mores and the importance of sex education.

Describing store customers who are “repulsed” by more exotic spice combinations, Friedman argues that people who stick to salt and pepper “have a strict recipe for life … believe in sex for procreation only” and live their lives “in fear of falling off the edge.” Hence they seek “refuge in rules and regulations.”

He continues with the theme, saying people who keep their spices simple are the driving forces behind “anti-gay, anti-birth control, anti-sex education sentiment.”

They are “anti-sex and anti-pleasure, with such sentiment sometimes turning hostile,” Friedman writes. Never missing a chance to mention that he’s a sex educator, he continues that “I’ve endured angry confrontation, received hate mail, and faced vitriol that’s escalated to the level of death threats.”

By Friedman’s own account, he forced sexual themes into his interview with World Spice Merchants owner Amanda Bevill more than once, comparing her shop to “an adult toy store.”

“She seemed stumped” when Bevill couldn’t immediately answer “what her most sexy meal would be” – which Friedman compared to his slow response to the question “What’s your favorite sexual position?”