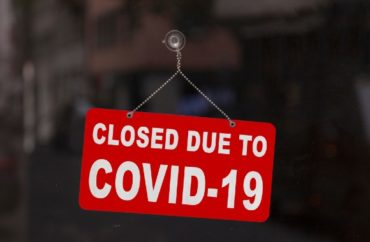 ‘The truth is messy. Some things worked, some did not’

A pair of Yale business school professors recently concluded a study that found some shutdowns helped reduce future fatalities from COVID, but many went too far.

Furthermore, the pair found that nursing home restrictions, which often left families unable to see their dying loved ones, did not have a discernible benefit. The paper looked at every U.S. county from March 2020 to December 2020.

“I would hope that our work helps government officials impose social and business limits in a manner that will do the most good,” Professor Matthew Spiegel told The College Fix via email, when asked how policy-makers could use his findings.

“Looking at the follow-up paper we have on partial closures, that means limiting bars to outside service and restaurants to 50% of capacity,” Spiegel said. “It also pays to close down gyms. However, personal services and retail should be left open.”

His paper with Yale School of Management Professor Heather Tookes concluded that the closure of “personal care” companies, such as spas, “did not generate consistent evidence of lowered fatality growth and may have been counterproductive.”

The restriction of nursing home access to outsiders, such as family members of residents, did not provide a benefit, according to the research.

“Based on other papers, my guess is that the virus entered nursing homes from the staff rather than family,” Spiegel told The Fix. “A better policy would be to take care with family visits but make 100% sure the staff is COVID free prior to starting a shift.”

While other research has questioned the benefits of lockdowns, Spiegel and Tookes’ paper uses more controls and a wider data set. Furthermore, the papers might look at a state’s orders, without studying how well each county or locality actually applied those restrictions.

“Most of the papers in circulation are using free datasets from places like the one you can find at the Boston University School of Public Health web page,” Spiegel said. “When I have spot checked these data sources I have found them to be very incomplete.”

He gave the example of data on gym closures in Oregon, where he saw an incongruity between the day limit orders were signed versus when they may have actually closed.

More broadly, Spiegel said that “academics and other commentators” have erred in how they’ve discussed the issue. Such people “have made blanket statements based on incomplete data,” Spiegel said.

“Given the range of business and social restrictions governments imposed it was very unlikely that they would all help or all prove useless,” he said. “I think we have seen quite a few studies based on incomplete data with few controls receive a lot of publicity because they support either the pro or anti shut down crowds.”

“The truth is messy. Some things worked, some did not. But, you need a complete dataset to figure out which was which,” the Yale professor said.

MORE: Harvard med school professor explains why he spoke out against lockdowns