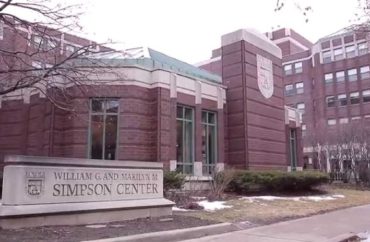 But shoots down idea to cut ties with Chicago Police Department

Loyola University Chicago recently said it continues to contemplate a proposal for a residential community for black students only.

The Catholic university on the north side of Chicago released an update on August 28 on a series of initiatives meant to address racial issues on campus.

The initiatives stem from 15 demands lodged in June by several student groups, led by the Black Cultural Center, and called “In Support of Black Students.”

The groups, which include the school’s student government, demanded a “Black Living Learning Community” for freshman black students “to live and learn with one another is [sic] a shared communal setting.”

The proposal has earned support from the college’s Student Development office.

A Living-Learning Community is a specific group of students who live together in a residence hall and share similar interests, according to Loyola’s website.

The campus administrators said that the university currently has 15 black male students registered for a virtual learning community and “hope to continue further discussions” about adding the residential option when students return to living on campus.

Loyola closed its residence halls before the school year started due to concerns about coronavirus, though there was no outbreak of coronavirus reported on campus

Neither Neufeld nor Rodriguez responded to several emailed requests for comment from The College Fix in the past week.

Anna Shymanski Zach, a spokesperson for Loyola, told The College Fix via email that the learning communities “are designed to help our first-year students more seamlessly transition into college life alongside individuals who share common interests and passions.” She said “they are in no way intended to segregate students within our community.”

The Fix asked the Black Cultural Center for comments twice on its proposal for a black learning community and if it was the same as segregated housing. It did not respond to several emailed requests for comment in the past week.

The university also announced plans to fund a “Black congratulatory celebration,” another demand listed by the signers of the In Support of Black Students requests.

The same demand was reiterated by an unofficial student group called Our Streets LUC that claimed the Chicago Police Department “is known for being 17 times more likely to use excessive force” but provided no explanation of what they are compared to.

Our Streets LUC did not respond to several emailed requests and messages requests through its website for comment on the proposal and for an explanation of this statistical claim.

It also has refused to answer questions from the Loyola Phoenix after the student paper refused to take down videos showing students, including some of its leaders, getting arrested during a protest, according to an Instagram post by the group.

“Loyola could and should hire trained social workers and other qualified professionals to answer emergency calls,” Our Streets LUC said on its website.

But Loyola refused to take up this idea, saying that under Illinois law it has to work with city police officers.

The student development administrators said in their online statement “it is not practical for our University to sever a professional working relationship with local law enforcement authorities.”

“The working relationship with the CPD is vital to ensuring the year-round protection of Loyola’s students, faculty, staff, and visitors, especially with a majority of our students living off-campus in neighborhoods near the Lake Shore Campus.”

The student development office’s Neufeld and Rodriguez also appear wary of a proposed “zero tolerance policy” for incidents of racism in their online statement responding to the demands.

In Support of Black Students included a recommendation that campus officials create a “Zero-Tolerance policy against racism and race-based discrimination perpretuated within the Loyola community and its affiliations.”

The request presents “practical and philosophical challenge[s]” but the proposal could “still be presented to appropriate administrators for consideration and administrative review,” the student development administrators stated.

Administrators will continue to meet with leaders of the Black Cultural Center weekly, according to the August 28 statement.