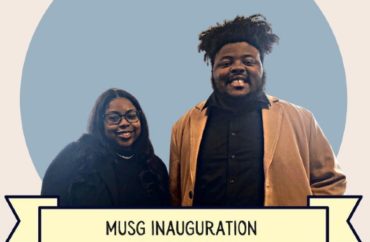 Marquette University racial minority activists who forced campus leadership to cut short convocation have been removed from the student government for their role.

The Catholic university in Milwaukee “removed the student government president and vice president, as well as leaders of two campus groups for Black and Latino students, from their leadership positions as punishment,” the Milwaukee Journal Sentinel reported on Wednesday.

The newspaper does not name the students, but an archived version of the student government website listed Bridgeman Flowers as the president and Samari Price as the vice president. Both are pictured.

The August protest was organized by the Black Student Council of Marquette University, which stated its members sought to “bring to light the constant oppressions and hardships placed on students of color” in an Instagram post explaining the demonstration.

University rules “require student officers to be in good standing throughout their term in office,” the Journal Sentinel reported.

Eight of the 10 student protesters held leadership positions in student groups and were notified by a Marquette employee last Thursday that “a routine check” found they were no longer in good disciplinary standing, Ventura said. That means they had to vacate their student leadership positions from the university’s student government, Black Student Council and Latin American Student Organization.

A spokesperson told the Journal Sentinel that the punishment does not appear on transcripts.

Activists also disrupted a convocation at the University of Pennsylvania, protesting the school’s involvement in gentrification. The protest forced the president to cut her speech short.

More than 70 professors asked the university not to punish the protesters.

“We, the undersigned faculty, are deeply concerned about the efforts of the Center for Community Standards and Accountability to deny or curtail the rights of Penn students to articulate their opinions as part of public protests on campus,” the faculty wrote.