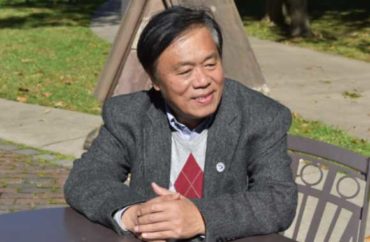 Xiao’s arrest was part of the U.S. Department of Justice’s ‘China Initiative,’ discontinued in February

A federal district judge sentenced a mathematician at Southern Illinois University-Carbondale to one year of probation with no prison time on September 19, after he was found guilty in April of filing incorrect tax returns and failing to disclose a Chinese bank account, Science reported Monday.

Mingqing Xiao (pictured), an applied mathematician at the university, could have been sentenced to up to five years in prison and given a hefty fine, The College Fix reported May 9.

“We thank Judge Yandle for imposing a fair sentence, and one that clearly recognized the unfair circumstances surrounding this entire prosecution,” said Ryan Poscablo, Xiao’s lead attorney, in a statement.

“The U.S. government had asked District Judge Staci Yandle to impose a 1-year prison sentence,” according to Science. “But Yandle said no purpose would be served by incarcerating Xiao and that he posed no threat of reoffending. She also fined him $600, well below the tens of thousands of dollars suggested in the federal sentencing guidelines.”

Xiao thanked the judge and mentioned his love for his adopted country and his hope to return to teaching at the university, where he has been on paid administrative leave since his indictment, according to Science.

“The [Department of Justice] charged in its original indictment that Xiao allegedly applied for and received National Science Foundation grant funds…without informing NSF about another, overlapping grant he had already received from the Natural Science Foundation of Guangdong Province, China,” according to The Fix.

“The China Initiative was discontinued earlier this year amid charges it unfairly targeted professors of Chinese descent,” The Fix reported. “The DOJ relabeled the program as a ‘strategy for countering nation-state threat’ after deciding its previous name had had a ‘chilling effect on U.S.-based scientists of Chinese origin’ and ‘fueled a narrative of intolerance and bias.’”