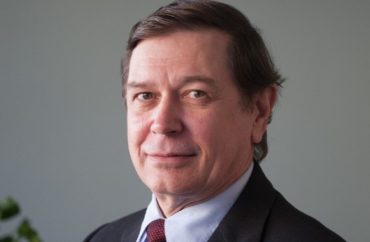 The University of Pittsburgh released the results of an external audit of its use of aborted fetal tissue. But one medical researcher said there are still serious concerns with its practices.

David Prentice (pictured), the vice president of the pro-life Charlotte Lozier Institute and a medical researcher, said the parameters of the investigation were too narrow to yield complete answers.

The report by law firm Hyman, Phelps & McNamara said the university is “fully compliant with applicable laws” and follows all laws relating to the “procurement, disbursement, and use of fetal human tissue in research.”

The public university originally said it would not release the findings. Pitt has been accused of targeting black and Hispanic babies for abortions to harvest their organs.

The law firm flagged several errors in the consent forms for fetal tissue research, but the report stated that the mistakes did not compromise the legality of the forms.

The university reiterated that it follows all laws.

“As we have stated in the past: Fetal tissue research plays a critical role in advancing life-saving discoveries,” the media office for Pitt told The College Fix. “We remain committed to maintaining robust internal controls and to extending our record of compliance at the state and federal levels, and we take these responsibilities seriously.”

It did not answer questions about the cost of the report, if it planned to regularly review its practices or if it would consider alternative ways to obtain tissue that did not involve abortion.

Prentice said the report is incomplete and only focused on the legality, not the ethics.

“They narrowed their parameters so much that the assessment is neither thorough nor transparent. They focus only on strict legal questions,” Prentice said in a phone interview with The Fix. The Secretary of Health and Human Services appointed him in 2020 to the Human Fetal Tissue Federal Ethics Advisory Board. He also frequently writes and speaks on bioethical issues.

“They pretty much ignored the real questions that were out there, meaning that U Pitt was squeaky clean in terms of meeting these parameters,” Prentice said.

One issue is that consent cannot be given by a unborn baby.

“This tissue is derived via the death of an innocent unborn child. There’s frankly no realistic way that informed consent can be given for the donation of the organs, tissues, and body parts of the child,” he said. “So this amounts to trafficking body parts. Whether that’s legal or not, it is definitely a lack of respect for the individual who died in this procedure.”

Prentice encourages scientists to move away from aborted tissue research

Prentice said that Pitt is using “antiquated science” and said there are “numerous alternatives, better both ethically and scientifically” than using aborted tissue. He cited adult stem cells as one example – Prentice helped create the Midwest Stem Cell Therapy Center.

He encouraged other researchers to “make the effort to move away from this controversial and older science.”