Students across the state of Minnesota are planning on walking out of school today, April 19, to protest the killing of Daunte Wright, racism, white supremacy and “the militarization of [the] state.”

According to Alpha News, at least 50 middle and high schools will participate based on posts on the Minnesota Teen Activists Instagram page.

One state high school, White Bear Lake, recently held a walkout to protest racist Instagram messages aimed at a black student organization. It turned out the whole thing was a hoax.

Wright was killed by a police officer in what appears to be an accidental shooting. A female officer allegedly intended to use her taser but instead grabbed her pistol.

Activists at most schools are telling students to wear all black to show solidarity with black peers. Some students are taking the opportunity a bit further; at Becker High School, the protest will include complaints about the school’s response to the treatment of “LGBTQ, BIPOC, female, [and] ‘neurodivergent'” students. 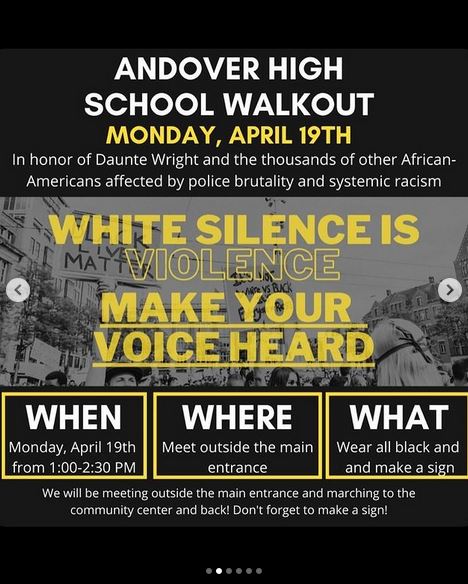 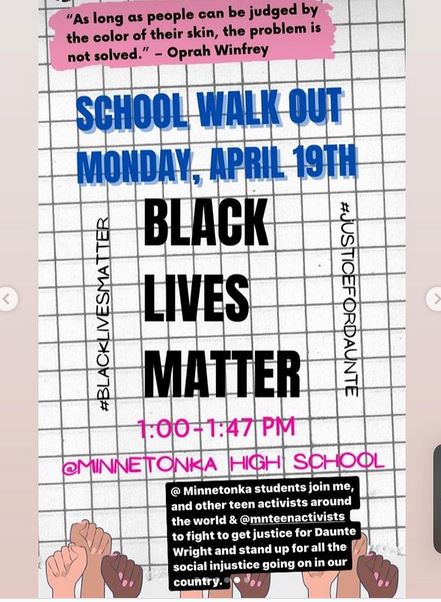 Anoka High School students say they will be rallying “in honor of Daunte Wright and other black lives lost to police brutality.”

“Please keep in mind this is a hard time for everyone and to be kind and attentive,” Anoka’s promotion of the walkout reads, under a large proclamation that “Black Lives Matter.”

Coon Rapids High School students are joining the walkout, saying they are participating to “fight against injustice and inequality.”

Centennial High School activists are asking for students to speak at their rally, but “only POC” students.

The private Catholic school Benilde-St. Margaret’s will join the walkout to “stand up against racial injustice.” …

Even some preschool children will be involved in the statewide walkout. Farnsworth Aerospace’s pre-K-4 campus in St. Paul is planning “a voluntary peace and justice walk around the building on school grounds” on Monday.

“We strive to provide students a safe place to express their opinions and talk through their feelings without fear or judgment,” reads an email from the principal of Farnsworth Aerospace PreK-4, a copy of which was obtained by Alpha News.