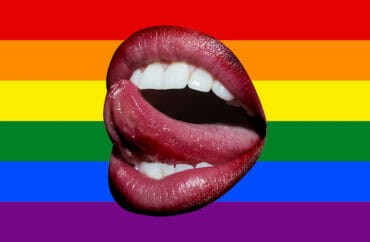 Queer freshmen greatly outnumber conservatives at the university, according to a survey

A Yale Daily News survey of freshmen students at that university found that more students of the class of 2022 identify on the LGBTQ spectrum than as conservative, and that queer freshmen even outnumber other sizable demographics in the class, such as Protestants and Catholics.

The paper’s survey, the results of which are composed of 864 respondents, or just over one-half of the freshman class, found that only nine percent of respondents identified as “somewhat conservative,” with one percent identifying as “very conservative.” LGBTQ respondents, on the other hand, greatly outnumberd conservatives in total: According to the survey, “nearly 5 percent [of respondents] identify as gay and just over 9 percent as bisexual or transsexual. Three percent opted not to answer, and the remaining 8 percent identified as asexual, ace spectrum or questioning their sexual orientation.”

This combined demographic outnumbers even Protestants and Catholics, whom the survey identified as 16 percent and 15 percent of the incoming class, respectively.

A 2018 Gallup poll estimated that 4.5 percent of all Americans identified as LGBTQ.

Liberal students in the class of 2022 also greatly outnumber conservatives on campus, according to The Daily News‘s findings.

Yale’s Dean of Student Affairs, Camille Lizarribar, did not respond to requests for comment on whether Yale was taking steps to increase ideological diversity on campus. Lizarribar was prominent last year in the debate over changing the term “freshman” to the gender-neutral term “first-year” in university communications.

Cameron Koffman, the president of the school’s William F. Buckley, Jr. Program, said that is it “not surprising” that so many students on campus lean left and that it would be obvious “if one were to spend a few days at Yale, sit in on classes, and talk to people.”

“The best thing the University can do is make sure that conservatives on campus feel comfortable voicing their opinions and ensuring that students understand that the administration firmly supports free speech and intellectual diversity,” Koffman said.

“Central to the American college experience must be not just exposure to people of different racial backgrounds but also different life experiences and viewpoints,” Kirchick said. One suggestion he had for a solution was “a pre-read program, modeled on Princeton, where every incoming freshman reads two books that put forth different arguments about an important contemporary or historical debate.”

Yale’s issues with viewpoint diversity came under scrutiny in 2015 when Professors Nicholas and Erika Christakis were publicly targeted by students after Erika wrote an email that suggested students should not be so easily offended by things such as Halloween costumes. A swift backlash from students followed. At one point a mob of students surrounded Nicholas on campus, with one student turning hysterical and shrieking at him, “Who the fuck hired you?” Nicholas eventually resigned his position at a residential college on campus, while Erika resigned her position teaching at the school.

In an op-ed for The Washington Post, Erika Christakis wrote: “By affirming only the narrow right to air my views, rather than helping the community to grapple with its intense response, an unfortunate message was made plain: Certain ideas are too dangerous to be heard at Yale.”

In that same piece, she expressed concern that “students will eventually give up trying to engage with each other, a development that will echo in our wider culture for decades.”

Shortly after Erika’s email, the William F. Buckley Jr. Program conference, which that was year focused on free speech, was besieged by protestors, one of whom spit on an attendee.

A 2016 Yale Daily News survey found that 95 percent of conservative students on campus thought that their conservative views were unwelcome. One respondent was quoted as saying “I just get the general vibe that Republicans aren’t respected for their beliefs as much as maybe the liberal people are.” Overall, 75 percent of respondents said that Yale “does not provide a welcoming environment for conservative students to share their opinions on political issues.”