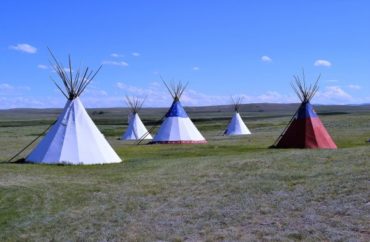 Many schools are slowly giving the tribes what they want

Campus conversations regarding reparations for African Americans in the U.S. have made headlines. Much less in the limelight are discussions about compensation for Native Americans for perceived stolen land.

For one, the Executive Board of the Minnesota Indian Affairs Council, a tribal government agency, recently compiled a list of demands directed at the University of Minnesota in regards to the alleged unfair treatment of indigenous peoples. Comprised of 11 local tribe leaders, the council concluded with a unanimous decision.

Their bill of particulars accuses the university system of maintaining policies that “reflect paternalistic processes steeped in institutional racism.”

It says the University of Minnesota neglects “special obligations” and “responsibilities” it owes to tribes in the state, though it does not cite federal or state law.

The Minnesota Indian Affairs Council list of demands calls upon the university to not only recognize that the campus rests on stolen land because of the allegedly unlawful passage of the Morrill Act, by Congress and President Abraham Lincoln, but to give a portion of it back to a local tribe.

Minnesota tribal leaders want the school to give a university-owned forest known as the Cloquet Forestry Center back to near-by Chippewa Indians.

The wooded land-mass is dedicated to forest education and research of local ecosystems, and falls under the umbrella of the College of Food, Agricultural and Natural Resource Sciences at the university.

The College Fix inquiries revealed that the university found that it is not prepared to give up lands immediately. Talks are on the table.

Minnesota University media representative Meagan Pierluissi confirmed to The Fix in an email that “The U of M Cloquet Forestry Center will be discussed as it is part of the MIAC Resolutions.”

All of this depends on an upcoming meeting with tribal leaders, which will discuss the demands of the document, and actively have been, according to Pierluissi.

The College Fix reached out to the university forestry center, asking about the stance of the center on the local indigenous executive boards’ demand to give the land back to the nearby Chippewa tribe. The university center answered around the question.

Andrew David, director of the CFC, pushed the burden of the question onto administrators, who are scheduled to hold a meeting with Minnesota tribal leaders in the near future regarding the laundry list of demands.

“University leaders look forward to the actions we will take in the weeks and months ahead that can address that past and work toward a shared, successful future,” he concluded via email.

Furthermore, the indigenous representatives all declare that the university should have a PhD program in Indian Studies as well as offer an undergraduate degree in the Dakota language.

The document also criticizes the school for benefiting from the nineteenth century federal academic expansion effort known as the Morrill Act, which is why the give back our stolen land line is being pushed.

In 1862, President Lincoln signed the Morrill Land-Grant Acts which gave land to developing colleges and universities across the United States — allocating almost 11 million acres spanning former territories of 200-plus tribes.

To this day, the Vermont lawmaker who introduced the federal legislation, Justin Morrill, is honored in the nomenclature of many halls of higher learning across various universities in the United States, as pointed out by the High Country News article.

Numerous schools still sit on these lands allocated by the federal government. Examples include the University of Minnesota, Cornell University, Iowa State, Kansas State, and MIT, among others.

Some of the nation’s historically black universities came about as a result of the Lincoln-endorsed initiative.

Native demands at other colleges

Meanwhile, Colorado state lawmakers are pushing a bill that would grant in-state tuition for state schools to anyone who has genealogical ties to a tribe with historical links to the state.

Other universities have already acted on the concerns of indigenous campus community members.

A media rep at the University of California Davis referred The College Fix to a land acknowledgement statement university administrators endorsed back in 2019.

At the California state school, students successfully created a Native American and Indigenous Advisory Committee, and drew up a “3-year Plan.”

It also includes the demand that the school formally recognize that it rests on “Wintun (Patwin)” indigenous lands, which the university has since done.

Beyond that, the committee had goals to mandate “cultural competency training that is mandatory for faculty and staff to complete.”

At Harvard, anthropology Professor Joseph Gone is currently in talks with local tribes to develop a land acknowledgement statement as well, according to the Associated Press.

Neither Harvard University nor Gone responded to multiple email inquiries by The Fix seeking updates on these talks of plans to recognize the occupation of the now urban lands of Cambridge.

An AP report highlights how Martha’s Vineyard native and Aquinnah Wampanoag Samantha Maltais is the first of her tribe to be accepted into Harvard Law School. In spite of her acceptance, she still had choice words for the legacy of the university when it comes to Native affairs.

She told the AP that “Coming from a tribal community in its backyard, I’m hyper aware of Harvard’s impact. It’s a symbol of New England’s colonial past, this tool of assimilation that pushed Native Americans into the background in their own homelands.”

Historically, the American higher education system hasn’t had a sterling track record when it comes to educating and graduating indigenous students.

According to a 2008 report by the National Center for Education Statistics, Native American students came in dead last in university enrollment figures by demographic.

“Twenty-six percent of American Indian/Alaska Native 18- to 24-year olds were enrolled in college or universities, compared with 41 percent of Whites, 33 percent of Blacks, 27 percent of Hispanics, and 58 percent of Asians,” the report states.

Cheryl Crazy Bull, the President of the American Indian College Fund, noted to the AP that Native students have the “lowest college graduation rates in the country,” also citing NCES data.

She further charged that indigenous college students suffered the “sharpest college enrollment decline” during the pandemic, because of economic disparities, public health problems, and road-blocks to remote learning in secluded reservations.