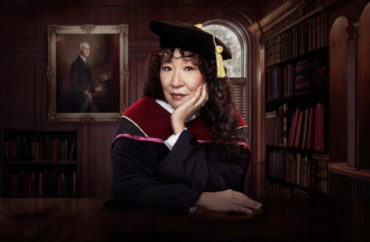 OPINION: If professors and academics love a show, it stands to reason that they are not sufficiently skewered

When word hit that Netflix was releasing a limited series lampooning the life of administrators and professors on a tony northeastern college campus, critics of higher education were no doubt overjoyed.

After all, there is no area of American culture so ripe for satire than the academic bubble, in which the most privileged students and faculty behave as if they were among society’s most downtrodden.

But I began to worry when I saw the reviews for the aforementioned series, “The Chair,” begin to roll in. The problem was not that the reviews were poor — it was that they were too glowing. Sophie Gilbert at The Atlantic went so far as to call the six-episode series “Netflix’s best drama in years.”

But many of the most positive reviews were from the keyboards of academics — the very group the show purported to satirize.

If professors and academics love a show, it stands to reason that they are not sufficiently skewered. Truths remain untold. The comfortable remain unafflicted and the afflicted remain uncomforted.

That is the case in “The Chair,” which thinks its satire is far more biting than it is.

The show tells the story of Ji-Yoon Kim (played by Sandra Oh), a 46-year-old professor who has just ascended to the position of chair of the English department at Pembroke, a fictional “lower-tier Ivy.”

Within days of Kim taking the job, she has to deal with all the problems observers of higher education would expect: tenured professors who have aged out of relevance; younger minority professors feeling they have been wronged by system racism within academia; a white male professor who becomes a viral meme after making a sardonic “heil Hitler” gesture while discussing fascism in class; struggles over funding, and the like.

It is the uproar over the Nazi salute by Professor Bill Dobson, played by Jay Duplass, that forms the fulcrum for the rest of the drama in the show. But using a professor saying “heil Hitler” in class is a cop-out by the show’s writers. The problem on today’s campuses isn’t lecturers declaring their love of Hitler, it is professors accidentally misgendering students, or calling on certain students too often, or defending the rights of students to wear certain Halloween costumes, or discussing controversial topics without “trigger warnings,” or chancellors refusing to take down statues of famed abolitionists.

In fact, the situation in real classrooms around America is far more ludicrous than the one the writers concoct here. One professor at the University of Wisconsin-Madison, for instance, was reported by a student for using the term “sacred cows” to describe certain theories some academics believed were beyond criticism. A student complained the phrase was offensive to those who believed cows are actually sacred.

Thus, by using a Nazi-based example that is so black-and-white, the writers have given themselves the day off. The show never has to grapple with the minefield professors actually face, and how that is changing the way they instruct.

Those singing the series’ praises claim that everyone is lampooned, but that’s simply a gentle way of saying nobody really gets hit too hard. In fact, there is never even the slightest bit of suggestion that the students, who form a woke mob to take down everyone who doesn’t capitulate to their ever-changing demands, might not be acting in good faith. They are primarily portrayed as young and idealistic, rather than naive and self-centered.

No student watching the show will recognize anything remotely resembling criticism, and none of the students in the series face any adverse consequence for their moral inflexibility. (Maybe Season 5 of the series will focus on one of the students trying to get a job in the real world, and … well, bullying their bosses there, too, because who are we kidding?)

Further, the series misses a big opportunity to more clearly demonstrate that it is the actions of the adults on campus that fuel the often misguided activism of the students.

When Kim asks a teaching assistant not to talk publicly about the “heil, Hitler” event, a local student reporter inaccurately portrays it as a “gag order” on a “woman of color.” After insisting it wasn’t a “gag order,” Kim finally gives in to the TA, telling her she can call it whatever she wants.

Of course, in the real world, giving in to activists rarely leaves them grateful. More often than not, it gives them a foothold to make even more demands — a recognition that is absent from the show. The professors aren’t victims of campus activists, they are often their enablers.

Dobson, through a tortured string of plot twists, is left to defend himself alone against students at a rally, which ends with campus police being called in to quell the students’ insults. It is a groan-inducing scene, meant to invoke old films of police cracking down on hippies, but it doesn’t earn its payoff, instead trying to stir emotion without doing any of the work.

There are witty moments in “The Chair,” but they mostly involve Kim’s adopted Latina daughter, who is prone to saying outrageous things and who can both outsmart and outrun adults. One full episode revolves around a pointless guest cameo, the only purpose of which is to demonstrate that former TV stars often do sit-ups well into their 50s.

In Gilbert’s review, she notes the show “satirizes without picking a team, and resists the urge to make anyone ridiculous.”

This is the series’ primary problem. Real life is more preposterous (and entertaining) than the show portrays, and pointing that out means picking a team. “The Chair” never truly takes the gloves off, and offers only the gentlest satire, leaving everyone satisfied.

In the end, if everything in academia is equally ridiculous, then nothing is.