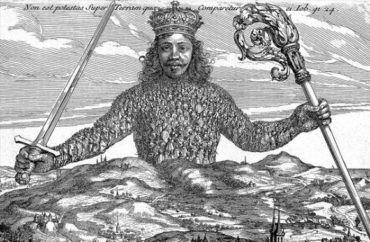 You think the administrative state is bad now? Wait until you learn how it created today’s Title IX mess.

The Transformation of Title IX explains how judicial laziness and “regulatory capture” twisted the 1972 equal-opportunity law into its unrecognizable form today.

The Department of Education’s Office for Civil Rights “found a way to rewrite the rules [around Title IX] while sidestepping” the notice-and-comment process laid out by Congress, “simply by labeling a modification not as a formal rule change but as a ‘clarification’ or ‘guidance,'” Sommers writes for EducationNext, a publication of the Harvard Kennedy School:

Such changes were then announced as faits accomplis through friendly-but-firm “Dear Colleague” letters. When someone protested, OCR administrators would dig in their heels and insist they had merely clarified what was already in the law. …

In a process Melnick calls “leapfrogging,” federal judges would often treat OCR “clarifications” as settled law, deferring to them in their rulings and sometimes even expanding them slightly. OCR could then refer to its clarifications as court-approved …

This unblinking deference to an agency’s interpretation of law is known as Chevron deference, a key pillar of the administrative state.

While Chevron‘s days may be numbered because of a new Supreme Court lineup, gender-advocacy groups that were “gifted networkers and coalition builders” long ago started their single-minded crusade to socially engineer the sexes.

They lit a fire under OCR to enact this undemocratic agenda, starting with sports and demanding “proportionality” in the makeup of men’s and women’s sports teams, Sommers says.

This changed the equal-opportunity law into “a mandate to change conventional understandings of what it means to be a man or a woman.” It started with the first dubious “Dear Colleague” in 1996, which “clarified” that proportionality in team numbers would be seen as a “safe harbor” from investigation:

Schools got the message that anything less than statistical parity was risky. Previously, schools had been safe from investigation if they could show they were making good-faith efforts to accommodate student interests and abilities in sports. But [OCR Chief Norma] Cantú’s letter represented a radical policy change. It was in effect imposing a quota system—even though the original law explicitly forbade quotas. … Judges deferred.

The result? Even bigger budgets for varsity sports, spent on “a relatively small group of elite male and female athletes.” How the “ever-expanding college athletic-industrial complex” helped the average female student has never been explained by the social engineers.

From there it wasn’t a far jump to change Title IX into a tool against “systemic misogyny” rather than “misbehaving individuals,” Sommers writes.

OCR did it with 2011’s Dear Colleague letter on sexual-misconduct proceedings, which not only banned mediation and mandated a low evidence standard but expanded the definition of sexual harassment to anything “unwelcome,” such as overheard off-color jokes.

Colleges and universities were suddenly responsible for policing the everyday interactions of students—not just severe and persistent cases of harassment.” …

By the summer of 2017, OCR was investigating the sociocultural climate of hundreds of schools. Where did that leave complainants? In many cases, as bureaucratic pawns. Melnick quotes a survivor’s advocate who sums up the OCR response: “Thanks for the complaint, we’ll see you in four years while we do a compliance review.”

The result is sprawling sex bureaucracies at elite schools such as Harvard (50 Title IX coordinators) and Yale (30), with virtually no public debate or opportunity for meaningful input on OCR proposals:

Melnick is calling for a return to the rule of law. He urges administrators, judges, and legislators to preserve and protect the fundamental principles of liberal constitutional democracy: due process, freedom of speech, academic freedom. Most of all, he pleads for returning Title IX to its original purpose—not quirky social engineering but expanded educational opportunities. He ends on a hopeful note. “We might learn that real progress involves going back to basics.”

Sommers thinks this is naive, except for one bright spot: California’s quirky four-term Democratic governor vetoed a bill that would have codified the now-rescinded Obama administration 2011 guidance that never went through a rulemaking.

His problem with it? Accused students are owed “the presumption of innocence until the facts speak otherwise.” And OCR was telling colleges to presume the opposite.

MORE: Due process means ‘sticking up for penises everywhere’?