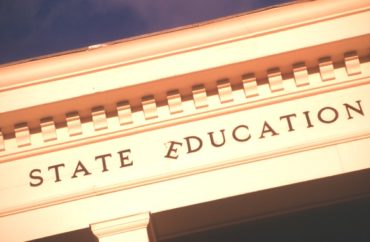 A proposal announced by New Mexico’s Gov. Michelle Lujan Grisham in 2019 to offer free college at the state’s public colleges and universities for in-state residents has since been scaled way down.

At the time, the proposal was billed by some as bold and dramatic. And while some version of the proposal has been implemented, it is not the original vision unveiled by Grisham.

State lawmakers whittled down the proposal.

“Among other things, it ended up being just for community colleges,” Inside Higher Ed reported in December, summarizing the proposal as going from free college to all to assistance for some.

An NBC news article from November reported that part of the problem was that the coronavirus pandemic drove down oil market profits Grisham had planned to use to fund the proposal and that as “the economy slumped, the state was forced to cut its budget and to reconsider ambitious and expensive legislation.”

Nora Meyers Sackett, a spokesperson for the governor, told The College Fix via email that is not entirely accurate.

“The governor’s initial proposal for the Opportunity Scholarship was to make college tuition-free for New Mexico students, covering both two-year and four-year degrees – the changes to the program’s scope were made by the Legislature, not the governor, and were made during the January 2020 legislative session, before the COVID-19 pandemic began and before any changes to economic forecasts,” she said.

Inside Higher Ed reports the “choice to scale the scholarship back to just cover two-year programs was to save costs. … Students who complete two-year programs also are more likely to stay in New Mexico and take jobs that help rebuild the state, such as nursing.”

In late December, an article published in the Las Cruses Sun-News, a local New Mexico news outlet, updated readers with an article headlined: “What happened to free college for all New Mexico students? Here’s the latest.”

It explained that lawmakers may try to grow the program, but it’s unclear when or if that can happen.

“In the next legislative session, which begins in January, lawmakers will have to decide whether to continue funding the program and which students can apply for it,” the Sun-News reported.

But there are still many opportunities for the state’s students to access free college of some sort.

Stephanie Montoya, a spokesperson for the New Mexico Higher Education Department, told The College Fix that the cost of college education in New Mexico can be almost completely covered by two scholarships.

The opportunity scholarship was designed to cover remaining costs for college tuition not already funded by the lottery scholarship or by federal and state aid. Requirements for both scholarships are virtually the same: students must be 18 years old, be a resident of New Mexico, and be enrolled full-time in a credit-bearing 2-year program.

They must complete a federal application for student aid and maintain a minimum 2.5 grade-point average. The scholarships are not merit-based, but are available for anyone who meets the criteria. 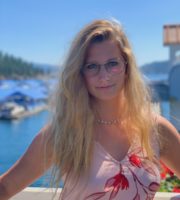 About the Author
Charlie LeBlanc
College Fix contributor Charlie LeBlanc is a sophomore at University of Dallas pursuing a Bachelor of Arts in economics with a concentration in German and applied mathematics. She was raised in a military family and enjoys writing and reading in her free time.