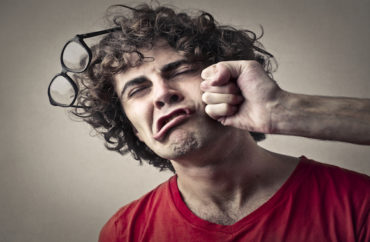 A new study by the Thomas B. Fordham Foundation shows what is a pretty common sentiment among teachers: that suspensions for student discipline should still be used, and used more often.

The results of the study, “Discipline Reform through the Eyes of Teachers,” unsurprisingly are at odds with Obama-era school discipline guidelines, protocols which were later rescinded by the Trump administration. The study oversampled black teachers who teach in high poverty schools (“something not attempted in any prior discipline survey”) to make sure their opinions were heard.

2. Most teachers say discipline is inconsistent or inadequate and that the recent decline in suspensions is at least partly explained by a higher tolerance for misbehavior or increased underreporting.

3. Although many teachers see value in newer disciplinary approaches—such as Positive Behavioral Interventions and Supports (PBIS) and restorative justice—most also say that suspensions can be useful and appropriate in some circumstances.

4. Most teachers say the majority of students suffer because of a few chronically disruptive peers—some of whom should not be in a general education setting.

5. Despite the likely costs for students who misbehave—and their belief that discipline is racially biased—many African American teachers say suspensions, expulsions, and other forms of “exclusionary discipline” should be used more often.

Though schools across the country have (favorably) reported declines in suspension rates, The Philadelphia Inquirer notes what’s already obvious to educators: These lower figures are due, in large measure, to administrators gaming the system — “underreporting” discipline incidents to make the numbers look good. Almost 20 percent of Philadelphia teachers say lower suspension stats are “completely or mostly” a result of underreporting.

The Fordham researchers’ recommendations are unsurprising: Federal and state officials should back off when it comes to discipline policies and give individual districts, administrators, and teachers “greater discretion.” Unfortunately, educators in states like Delaware will get no relief as Obama administration-like guidelines have been legislatively codified.