A New York Times reporter “made up” the purported facts in an article about Liberty University endangering its community by reopening amid COVID-19 this spring, according to a $10 million defamation lawsuit against The New York Times Company by the Christian school.

The lawsuit also alleges that reporter Elizabeth Williamson and a freelance photographer trespassed on campus to report the story, ignoring signage (below) that limited outside visitors to “Students, Employees, & Those Conducting University Business.” (A prosecutor dismissed the late March arrest warrant for Julia Rendleman, the photographer.)

The disputed Times article was originally headlined: “Liberty Brings Back Its Students, and Coronavirus Too.” It was later modified to say “Coronavirus Fears.”

The university claims that the Times had a financial incentive to misrepresent and defame the university as part of its increasingly “click-bait” oriented and politically progressive editorial standards.

The newspaper refused to remove the article’s “false and misrepresented statements” after Liberty highlighted factually incorrect statements, the suit says. They included claims that “nearly a dozen Liberty students were sick with symptoms that suggest Covid-19,” statements that mischaracterized the university’s COVID-19 prevention procedures, and misrepresentations of statements made by a Liberty doctor and President Jerry Falwell Jr.

The result of all of this has been “enormous harm” to Liberty’s business and reputation, from “lost enrollment revenue” to the “substantial costs” borne by Liberty in order to mitigate the false statements, the university claims. 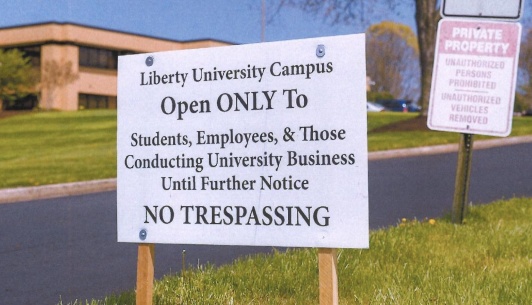 Beyond the $10 million in damages, the university wants another $350,000 in punitive damages, attorneys’ fees, and costs.

New York Times Communications Director Ari Isaacman Bevacqua told The College Fix in an email: “We are confident that our story accurately portrayed the reopening of Liberty University and the public health concerns that the reopening raised” and will make its case in court.

At the root of Williamson’s article and her subsequent tweet is the claim that the “consequences” of Liberty University “reopen[ing] … came home to roost,” with “nearly a dozen” students coming down with symptoms that “suggest Covid-19.” This was also reflected in the title of the article’s print edition: “A University Reopened, and Students Got Sick.”

According to the lawsuit, “at the time the article was published there were no campus students who had tested positive for COVID-19.”

Ultimately, by the end of the spring semester, President Falwell stated: “No positive COVID-19 test anywhere in our region was linked to Liberty students who returned to their dorm rooms after Spring Break.”

One student who did contract COVID-19 had no contact with campus all semester, Liberty claims: He was an online student who had already graduated, was living off-campus with his family, did not do any spring break traveling and was in self-isolation.

Williamson attributed the article’s claims to Thomas Eppes, whom she described as the doctor who “runs Liberty’s student health service.”

Eppes himself “explicitly told the defendants” he did not run the health service, however, and told them to contact Joanna Thomas, “who actually had such direct responsibility and involvement,” according to the suit. Additionally, Liberty claims that Eppes did not say “students started getting sick” after they returned, nor that “nearly a dozen” students had symptoms suggesting COVID-19.

JUST POSTED: “We need help to go home.” I visited Liberty U. as the consequences of Jerry Falwell's decision to reopen the campus amid a pandemic came home to roost. https://t.co/sglQgqzqo8

By “scrupulously avoid[ing] contacting the doctor actually responsible for student health services” despite “ample time to do so,” Williamson intended “to misrepresent” what Eppes had told her, according to the suit.

This is further illustrated by Williamson’s alleged refusal to give Eppes “a copy of the transcript when he asked to see it,” even though the reporter presumably would “have wanted to know if she misunderstood his words.”

This false reporting would soon inform various opinion articles, such as Times columnist Paul Krugman’s claim that Falwell had “created his own personal viral hot spot” at the university, the suit argues. The Delaware County Times published a column that originally claimed Falwell “encouraged students to return during a full-blown pandemic” and the result was “numerous students now have coronavirus!”

(The newspaper subsequently removed the claims in dispute, as well as Falwell’s name, but the revised column still blames the university for putting parents at risk “[s]hould a student test positive” and the parents travel to visit them, “thereby increasing risk factors.” The original version remains in another Pennsylvania newspaper, the Pottstown Mercury.)

Liberty passed a ‘surprise inspection’ but newspaper omitted that fact

Williamson also misled Liberty when she asked the university for comment around noon on March 29, allegedly saying her article would be published “the next day.”

The newspaper “did not wait for Liberty’s response,” however, and “within twenty minutes of contacting Liberty” the reporter informed the university that “the story would go online within the next few hours,” the suit claims. This left Liberty in a scramble to answer her questions, with Falwell himself calling Williamson (below) directly to let her know that answers “would be forthcoming.”

The Times “rushed ahead to post the article” anyway, apparently to “prevent Liberty from providing accurate information from Drs. Thomas and Eppes,” the suit alleges.

Liberty notes the article’s headline changed “the day after” the story was published, which “reflects” the newspaper’s “understanding that their central claim was false.” 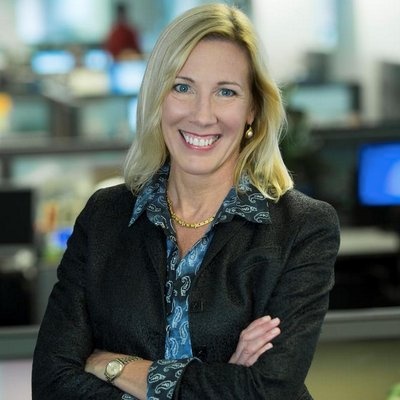 The article also falsely claimed Liberty had “reopened” when it had never closed in the first place, the suit says. Rather, the campus continued to house “numerous students who chose not to travel for spring break,” particularly international students who were “unable to return to their home countries” and other students who “don’t have a safe place to go.”

The newspaper flatly said Falwell “changed his mind” after assuring government officials that he would comply with Virginia directives, when he “never changed his mind about complying with state directives or keeping the campus open to students.”

According to the suit, the university complied with “all” state public health directives, “never resisted or delayed in meeting those directives,” and was found to be in “full compliance” after “two surprise inspections.”

The Times was “aware of these facts from their reporting” and from other reporting on Liberty’s March 24 inspection, but omitted them for purposes of defamation.

The university also disputes that it encouraged “all” students to return, as the newspaper claimed:

Liberty residential advisors explicitly made it clear that the choice was the student’s that should be carefully considered, even discussed with parents, and that the university was not requiring or encouraging them to return to campus.

The overall motive pushing the Times and Williamson to defame the university is the newspaper’s “click-bait” financial incentives and liberal biases within the organization, the suit asserts.

In making these assertions, the suit cites extensively from the book “Merchants of Truth” by former Times executive editor Jill Abramson. The author, who left the newspaper in 2014, claims that its “clickbait headlines … seduced readers into clicking on stories that delivered little, if anything, of what the headlines promised.”

Combined with the election of Donald Trump and the “mostly liberal audience” of the Times, “there was an implicit financial reward for the Times in running lots of Trump stories – almost all of them negative,” Abramson argues. The result was an additional four million subscribers by the end of 2018.

The suit buttressed its case by citing the recent resignation letter by Bari Weiss, its op-ed staff editor, which detailed a hostile work environment and an explicit agenda from the Times to push a “predetermined narrative” that “promote[s] progressive causes.”

Falwell and Liberty got caught up in the newspaper’s encouragement of negative stories about those who were supportive of Trump, the suit claims. Such an article would help lengthen “the paper’s Trump ‘lifeline’ by providing another source for anti-Trump ‘clickbait’ headlines”:

Thus, when defendant Williamson traveled to [Liberty’s campus in] Lynchburg, she was not there to learn and report the facts. She was there as a producer and director to engineer a specific fictional tale that portrayed Liberty and its President as a caricature [that the Times’] liberal audience would love.

The predetermined narrative for the article was that Liberty was “backward, irresponsible, anti-science, responsible for getting people sick in a pandemic, and closely tied to and mirroring President Trump.”