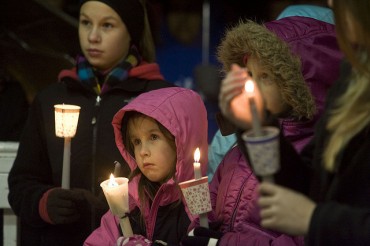 If another Ambrose Bierce comes along to update The Devil’s Dictionary, “national conversation” ought to have an entry.

We are constantly receiving invitations to the “national conversation”—about abortion, the death penalty, same-sex marriage, trans fats. It sounds nice: Every red, white, and blue-blooded American tucks in at the table for a calm, measured discussion in which everyone’s views are heard, and at the end we come to a conclusive plan of action that makes everyone happy. Or at least dissatisfies everyone equally.

It is an agreeably democratic canard, giving the hoi polloi the impression that it has some input in what happens, and giving those who say it the all-important sheen of open-mindedness.

Neither is true, of course, but the phrase coats predetermined positions in a sparkling patina of reasonableness. It’s no surprise, then, that House minority leader Nancy Pelosi’s recently called for a “national conversation” on gun control in the wake of the tragedy in Newtown.

But of course, America can’t have “national conversations.” We’re too many, too scattered. That is why the Founders created a republic. Our representatives have the conversation for us, in a venue where every voice can, in fact, be heard.

And tragedies make especially bad occasions for a “national conversation.” An entire country’s blood is up, clamoring for justice and answers, suddenly willing to go to every extreme to prevent future bloodshed. It’s a pity—but not a surprise—that days after the events in Newtown acclaimed novelist Joyce Carol Oates tweeted, “If sizable numbers of NRA members become gun-victims themselves, maybe hope for legislation of firearms?” She was only one of many whose responses ranged from foolish to downright vicious. But we expect some emotional instability in the aftermath of such an event. Which is precisely why it’s a bad time to make policy.

Moreover, a month after the tragedy in Newtown, the news cycle has moved on—to the fiscal cliff, the debt crisis, the president’s Cabinet nominations—and whatever conversation remains is happening among Joe Biden and a small committee of Congressmen behind closed doors somewhere on Capitol Hill. If it is happening at all. With political careers, massive amounts of money, and influence at stake, Capitol Hill is all too often where genuine debate goes to die.

Is there any alternative? The attempt to mask political objectives—in Pelosi’s case, strong national gun control legislation—in openness to bipartisan conversation ought to serve as a reminder that our most difficult, impassioned conversations can only happen with any true intellectual seriousness in a place that takes intellectual seriousness seriously. For a great deal of Western history, that was the university.

Unfortunately, that is rarely the case anymore. Four days after the shooting in Newtown, 160 college and university presidents signed an “open letter to our nation’s policy leaders” calling for “rational gun safety measures” and opposing any legislation that would permit gun possession on college campuses.

And the tragedy at Newtown—and our reactions—raises large and important questions. But intellectual flippancy leads to conclusions like Vice President Biden’s, who recently declared, “If your actions result in only saving one life, they’re worth taking.” That sort of tortured logic makes for sentimental appeal but for absurd policy. Gun control legislation is not just a matter of saving lives (if it will do even that is a point of contention); it requires a careful evaluation of the meaning of the Second Amendment and of the relationship of the federal government to the individual. Questions about mental health require the same cautious thought: At what point does a person’s individual freedom need to become subject to the state’s regulation?

Grappling honestly and seriously with such questions has, historically, been the province of the university, where a dedication to truth and clarity has been more important than political advocacy. That is much more difficult on campuses where political agenda and classroom curriculum have become indistinguishable.

In modern America, the moments that call for long, careful attention to large questions are those in which the intellectual poverty of a great portion of the cloistered policymaking class becomes most acutely apparent. But wise policymaking demands such studied reflection.

The university, in its classic, pre-politicized incarnation, can serve as the place for that task—for the deep and thoughtful consideration of complex and challenging questions. And if the resulting judicious university culture can maintain its integrity, it can become a check on overhasty action and an alternative to our empty rhetorical niceties. It can be—again—the place of real conversation.