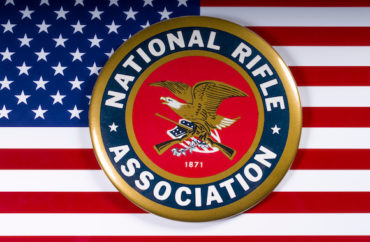 Membership in the National Rifle Association, one of the nation’s premier civil rights groups, is very likely to hurt one’s chances at getting a job in academia, a new study has found.

The study, by University of North Texas Professor George Yancey, found that, among a large variety of organizations and socio-political demographics, NRA membership topped the list as the most likely to cost one a chance at a job, PJ Media reports.

“Political groups listed in the survey included Communist, Libertarian, Green Party, Republican, NRA, ACLU, and Democrat,” according to PJ Media; also included in the study were “groups such as vegetarians and single-parents.”

NRA members fared even worse than Republicans. Only 28.7 percent of professors indicated that Republican party membership would damage a candidate’s chance of being hired, according to Yancey’s research.

“Someone may be a moderate Republican which can be seen as acceptable but I suspect that academics envision individuals in the NRA as being on the far right.”

“My work here… has moved me to thinking that anti-discrimination programs should focus on our national propensity to discrimination rather than focus on non-discrimination of protected classes. We all tend to have groups we have prejudice towards.”

According to Yancey, applicants to academia “who are members of the Democratic Party and the ACLU should trumpet those facts during their interviews. Those who are conservative religious and politically should hide.”