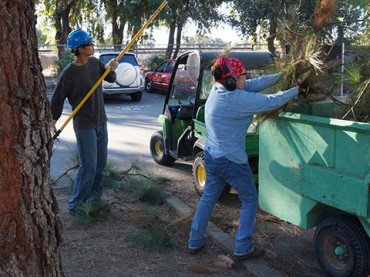 Colleges cutting student hours, making some sign waivers so they don’t get insurance

Obamacare has led some colleges and universities to limit the hours that students can work on campus to make sure they don’t qualify for school-provided health insurance.

I’m one of those student workers, and Point Loma Nazarene University keeps me from hitting the Affordable Care Act’s threshold of 30 working hours a week. But it’s far from alone.

Last month, the University of Kansas said it would limit student workers to 20 hours per week for the school year and 40 hours in the summer. With these limitations, students will fall under the 1,560-hour per year threshold that would otherwise make them full-time workers who qualify for health coverage, The Chronicle of Higher Education reported.

Beyond those struggling to pay for college, the threshold has interfered with the ability of student journalists to report on campus, as The College Fix has noted. When it limited student working hours, Wright State University in Ohio faced the issue of tracking student journalists’ hours, as they were not paid an hourly rate. The school created a software system that requires students to clock in and out, giving them a warning when the 28-hour limit is approaching, the Chronicle said.

“We had no budget for that,” said Dan Abrahamowicz, vice president for student affairs at Wright State, regarding the possibility of paying for students’ health insurance. “We had to make some adjustments.”

The Iowa State Daily is making its staff who work more than 29 hours a week sign a waiver saying they get insurance through their parents or otherwise don’t need it, as suggested by “a lawyer,” General Manager Laura Widmer told the Student Press Law Center. “It’s hard to say, ‘OK, you can only work 29 hours a week and oh my gosh if there’s a breaking story and you’re on hour 29, walk away,’” she said.

Miami University and Kent State University in Ohio and La Sierra University in California are also among schools that have reduced student worker hours, according to the Chronicle.

Full-Time in Practice, Part-Time in Name Only

My situation at Point Loma, whose complicated student work rules were in place years before Obamacare, shows how colleges can structure students’ job positions on campus so they never officially become full-time workers, regardless of how long they work. Student Financial Services sees me as a student worker for the 20 hours a week I work in a campus coffee shop. I also serve as editor of The Point’s features section as well as manager of the biweekly newscast Coastline News, which together take up at least 9 hours a week. If those positions were all counted equally, I’d “officially” work at least 29 hours a week – just under the Obamacare threshold.

But the journalism positions are paid through stipends that aren’t guaranteed. Rather than officially clocking hours, as I do at the coffee shop, student journalists write weekly reports of what we are doing and meet in front of the student senate at the end of the year, which judges whether each of us gets our stipend. If my full stipend gets approved, I’ll earn $1,475 per semester.

That’s not all. As director of activities and design for the student government, I’ll work anywhere from seven to 15 hours a week. That’s a scholarship position that pays for my room and board.

Think about that: I work anywhere from 36 to 44 paid hours a week on campus during the school year, yet Point Loma only counts my coffee-shop job as work for the purpose of my job status (part-time).

It gets even more complicated in the summer. As a condition of getting free housing, Point Loma requires students to work full-time, so this summer I’ve worked 40 hours a week in the cafeteria.

Among all positions – paid by hourly wage, stipends and scholarship – I’m easily exceeding the 1,560-hour yearly threshold, but I do not qualify for health insurance because only my hourly-wage work is counted under Point Loma’s rules.

“Our primary concern is for the students – they are a student first and we offer them the opportunity to work as a way to contribute to the university and earn money,” Lively said. “This has been part of the university’s system for over 10-plus years.”

Rather than send colleges to their lawyers for creative accounting or make student journalists sign waivers, one Republican congressman proposes exempting student workers entirely from Obamacare.

Students working “more than 30 hours a week for three months or more, including summer breaks,” will “soon” trigger Obamacare mandates for their colleges and universities, North Carolina Rep. Mark Meadows said in an op-ed for the Asheville Citizen-Times. Meadows said the University of North Carolina system alone has “3,900 students workers who would fall under the Employer Mandate, costing the universities about $21 million.” “Students need every opportunity possible to pay for the high cost of their education,” Meadows wrote. “Being forced to rack up massive debt and then face one of the worst job markets in history for young workers should not be the only option.”

According to a 2012 report by the U.S. Census Bureau, nearly 20 percent of the nation’s 19.7 million undergraduates are working full-time for the entire year. That heavy workload leads some scholars to argue that the Obamacare threshold is beside the point.

Laura Perna, a professor of higher education at the University of Pennsylvania’s Graduate School of Education and editor of the book Understanding the Working College Student, told the Chronicle that students who work 10 to 15 hours a week on campus do better academically and graduate at higher rates than their peers.

Perna says legislation like Meadows’ student exemption bill raises eyebrows. “It really should make us think, ‘What is a student if they’re working more than 30 hours per week?’”