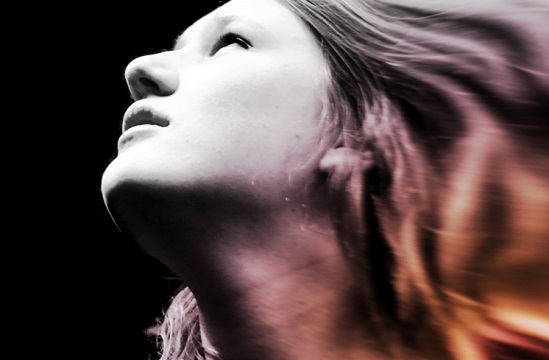 A Colorado State University Pueblo student gives an honest account of her journey from being a homeschooled K-12 Christian to entering the bowels of a secular university.

“Wow. You’re such a homeschooler.”

I will never forget the way those words cut into me. Eighth grade girls have never been known as the most compassionate people on the planet, and the popular girls on my eighth grade volleyball team were no exception.

No matter how hard I tried to get around it sometimes, being homeschooled from kindergarten all the way through high school made me different.

I was always the one who had not seen that movie, heard that song, or been to that place.

In high school, things got a lot better (don’t they for everyone?), but I was still the innocent, the one whose ears people would cover if they were going to talk about anything even borderline inappropriate.

I never got invited to the parties that involved alcohol, and was shocked sophomore year to find out a girl my age was pregnant. She’s pregnant? I had not even had my first kiss yet.

I was sheltered, yes. So imagine how it felt for me to transition directly from that environment to a secular college campus.

Did being sheltered really make me “unprepared” for the bizarre environment that is the average college campus today? Or did it prepare me – just not in the way most people would expect?

I will be the first to admit that there are challenges, big challenges, involved in going directly from homeschooling to secular college.

Making friends was definitely not easy for me. I am naturally an introvert, and add to that the fact that I did not have a ton in common with the average college kid, it was a struggle at first. As someone who is naturally shy, college presented hurdles for me that have nothing to do with having been homeschooled.

I did not get the full effect of the transition, since I continued to live at home while I commuted to a junior college nearby. My experience might have been a lot different if I had moved away from home and lived in dorms.

Probably the biggest challenge for me in the transition to a secular campus was coming face to face with people who disagreed with me on issues I held sacred.

One of the best parts of homeschooling is you can teach your kids from whatever curriculum you want. My parents chose A Beka, a respected and academically rigorous curriculum in which everything is taught from a Christian perspective. For example, I learned God made the universe – that humans did not somehow evolve from primordial slime. And every single textbook, regardless of subject, rigorously taught Christian theology and morals.

So to come into a classroom and hear a teacher tell me that the human body evolved over millions of years? That was hard for my mind to comprehend.

Hearing a fellow student give a presentation on why homosexuals should be allowed the same marital rights as heterosexuals? I was astounded.

But, rather than immediately dismiss or accept views that were not mine, I became a counter-cultural agent. Every school project and presentation became a way for me to show my worldview to an environment that seemed bent on engulfing me.

Once I transferred to Colorado State University Pueblo, things got even better.

I took a women’s studies class, and you can imagine their reaction when my final project was on abortion’s negative effects on women. I think I am the first person who ever tried that in that class, which is sad if you think about it.

So, did homeschooling “prepare” me for the “college experience?”

I believe it did.

It did not prepare me to get smashed every weekend, engage in casual sex, or try every drug known to man. It did prepare me to counter culture, a skill with which very few kids come out of high school equipped.

I am not saying I would definitely raise my kids exactly the way my parents raised me, or that I would never consider any method of schooling my own kids besides homeschooling.

I am saying, as a successful college student with good grades and, yes, friends, that I would not change the way my parents brought me up, or how they chose to educate me.

It prepared me to stand out.