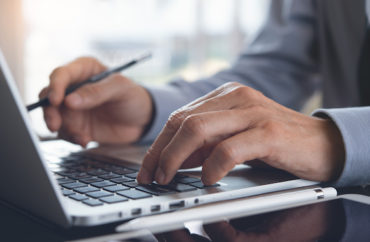 College admissions is just one of the many facets of higher education that have been turned upside down due to the coronavirus pandemic.

Standardized testing, one the primary barometers of academic ability for college entrance, has been suspended for months due to the pandemic. ACT and its counterpart the College Board, the organization that runs the SAT, have cancelled testing dates through May.

But an alternative test that is done exclusively online has seen its number of registrants triple in recent weeks due to the pandemic.

The Classic Learning test or CLT is not new. Founded in 2015 by Jeremy Tate, the test aims to “provide alternative standardized tests rooted in tradition and taking advantage of modern technologies,” according to the company’s website.

Tate told The College Fix in an email that registration rate for the CLT exam had increased by 300 percent in the past week and that he expects close to 5,000 students to take the test on April 25. Additionally, Tate said, 30 to 40 percent of registrants register in the final 48 hours prior to the test. He declined to share exact numbers.

In a March 25 tweet, Tate said that based on the current registration rate, the upcoming April 25 testing date will have three times as many participants as any CLT test in the test’s five-year history.

At the current rate of daily registrations,

the April 25 CLT (remotely proctored from home) will be 3x larger than any previous CLT in company history.

With the pandemic closing schools and testing centers, Tate told The Fix in a Zoom meeting interview that CLT is rolling out a pilot program for the April 25 test which will feature remote proctoring for the first time in the history of the test.

With his competitors out of commission at least until June and possibly longer, Tate said he sees a major opportunity to expand the CLT and break the monopoly on college placement testing held by the ACT and College Board.

The testing company has partnerships with nearly 180 colleges and universities across the country, Tate told The Fix, with faith-based schools overwhelmingly represented.

Another aspect of the CLT that sets it apart from its competitors is that tested students receive their results the same day they take the test, allowing students to immediately know their results. The SAT and ACT take several weeks to be posted.

Tate told The Fix that the CLT is “here to pick a fight” and is focused on challenging the supremacy of the ACT and the SAT, which he says “control curriculum in America.”

Pre-college education is geared to prepare students to take the ACT and SAT, Tate said, without attempting to broaden the focus of the student’s education.

In contrast, the CLT is designed so that it doesn’t “favor one curriculum over another.” The test has an “engaged homeschool base,” which necessarily indicates a broad spectrum of curriculum material, Tate said.

The test derives its content from a broad range of authors and thinkers throughout history from religious and irreligious backgrounds alike, Tate said. Meanwhile, he added, the SAT and ACT derive zero percent of their content from authors with a Christian or theistic perspective.

“Giving up Saturdays is going to be a thing of the past” if the CLT becomes more widespread Tate said, referencing the Saturday testing schedule of the SAT and ACT.