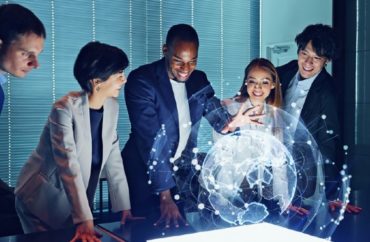 Many minority students are ‘marginalized’ from science fields, nonprofit says

The University of Pennsylvania will spend $890,000 in the next six years with the goal of “increasing inclusivity in teaching and learning” in the STEM fields thanks to a $385,000 grant from the Howard Hughes Medical Institute.

The funding “will support a rigorous examination of STEM education at the undergraduate level,” according to a university news release.

Penn officials committed an additional $385,000 to the initiative. Penn is just one of 104 schools who received the six-year grants from HHMI under their “Inclusive Excellence 3 initiative,” according to science research foundation’s website.

These 104 schools are divided into seven “learning community clusters,” each of which contain about 15 schools.

A programs officer with the medical institute told The College Fix that the money will support students who may feel “marginalized and excluded” to ensure they can enter the “scientific community.”

“Right now on many campuses across the country many students with an interest in science are excluded and marginalized in these spaces,” Susan Musante told The Fix via email. “As more students feel welcome and supported to learn, opportunities open them to enter the field of science if they choose and feel they are part of the scientific community.”

Part of the “rewards system” envisioned under this initiative could be used to make decisions about promotion and tenure for professors, according to Musante. Penn received money under the medical group’s challenge initiative, which asked: “How can we evaluate effective inclusive teaching, and then use the evaluation in the rewards system including faculty promotion and tenure?”

Musante hopes Penn will incorporate a rewards system in its faculty decisions. Higher ed institutions such as Indiana University and the California Community College System have mandated “diversity, equity, and inclusion” considerations in hiring, firing and promotion decisions.

The Fix reached out to the University of Pennsylvania over email multiple times over the last two weeks to ask what specifically the remainder of the funding would be spent on, as well as its goals for the programs over the next six years. The Fix did not receive a response.

“This grant—plus Penn’s additional commitment—will enable us to thoughtfully advance inclusive STEM education on the Penn campus and others and should have a significant impact on opening career opportunities for a new generation of students,” President Liz Magill said in the university’s media statement.

The grant program will primarily affect Penn’s College of Arts and Sciences, as well as the School of Engineering and Applied Science. These schools are targeted as part of their attempt to improve diversity, equity and inclusion in “introductory science courses.”

Arts and science Dean Paul Sniegowski stated in the university’s news release that the school has a “vision in mind of diverse young scientists gaining inspiration and confidence in our classrooms.”

These scientists, the team hopes, will “move up through the ranks—of academe, of medicine, of industrial science—and changing the future for the better.”

“The leadership team of this project is paving a new pathway to ensure Penn continues to lead in STEM education, with inclusion and belonging at the forefront,” Provost Beth Winkelstein stated in the news release.