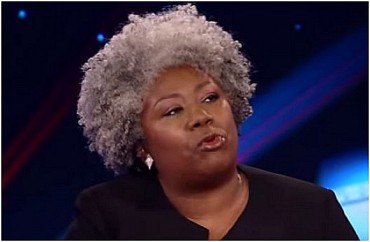 A University of Pennsylvania professor recently asked on social media if the Uvalde, Texas and local school district police “didn’t give a damn” about the Robb Elementary School students killed this week in a mass shooting … because they were Latino.

In a now-deleted tweet, Anthea Butler wrote “Since no one else will ask, I will. Did those children die because most of them were Mexican American and the police didn’t give a damn about a school w predominately brown kids?

“I mean, because it’s Texas … and if you think everyone who isn’t white is illegal …” 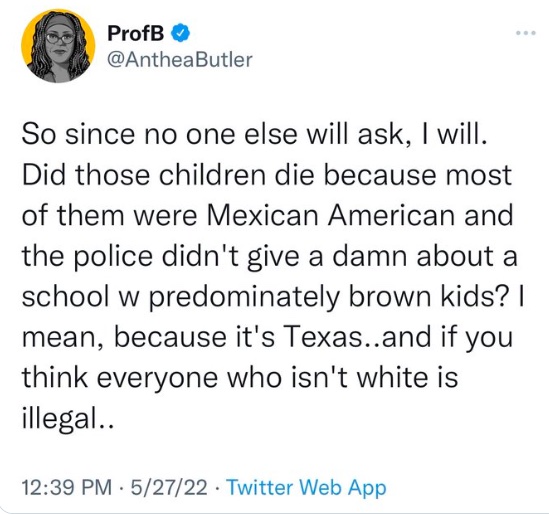 Oddly enough, Uvalde Police Chief Daniel Rodríguez is Latino, and based on videos widely available online and on social media many of the department’s officers appear to be as well (which makes sense given the town is only about 50 miles from the U.S.-Mexico border).

And Uvalde Consolidated Independent School District Police Chief Pedro Arredondo, who currently is under fire for not allowing officers not to enter Robb Elementary School while the shooter was still at large, also is Latino.

Butler, who teaches religious and Africana studies and is author of the book “White Evangelical Racism: The Politics of Morality in America,” said last year that (white) evangelicals who say they “don’t see color” promote “colorblind racism” because they’re “expected to act ‘white’ and vote in ways that uphold white supremacy.”

“When people say to you, ‘I don’t see color, I see what Jesus sees in you,’ that really actually means that they just see white,” Butler had said. She claimed these evangelicals “may end up killing us all” due to their “racism, sexism, homophobia, lack of belief in science, lack of belief and common sense.”

Butler also said last year that she doesn’t trust white people due to whiteness having affected her personally “in every way.” She said it is not enough for whites to be “nice to black people”; whites must work to “take down the structure that’s killing people.”