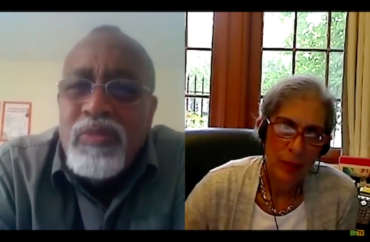 Amy Wax at center of controversy

Brett Kavanaugh was confirmed to the Supreme Court over the weekend, but the repercussions from his confirmation hearing are still resounding in academia.

A law professor at the University of Pennsylvania, who was already a target of student activists and fellow faculty, is the subject of a new petition calling for her firing.

“I think she should have held her tongue — if I were her, I would have,” Wax told Loury, who sparked outrage among Penn students and faculty in a previous appearance on Loury’s show.

“I think basic dignity and fairness dictates that, you know, it’s too late, Ms. Ford, even if there would have been consequences to bitching about it at the time,” Wax continued.

“There is no such system. We either have a presumption of innocence, just as a norm, a social norm, a legal standard, and that means that certain people who are guilty will go free, or we have a system where the mere accusation is an indictment and a conviction,” she continued. “Why even bother having a hearing if we have to believe all the victims?”

Wax questioned Ford’s story, asking “how do we really know” if Kavanaugh was “going to rape her” as Ford believed. Even if Kavanaugh is guilty, Wax said, he should not suffer the consequences today for his actions when he was 17.

“We now are saying that a man is going to pay for the rest of his life for a momentary act of, you know, recklessness,” she said, continuing that the incident “didn’t create any permanent harm.” She also said that the process of adjudicating Ford’s allegations was unfair to Kavanaugh.

Loury appeared to agree with Wax’s sentiment, describing the allegations against Kavanaugh as a “slash and burn” attack.

A petition titled “This Professor Thinks Sexual Violence Victims Should Keep Their Trauma to Themselves” is now circulating online, calling for Wax to be fired from her post at Penn Law School. It has nearly 14,000 signatures as of Monday evening.

“When a university allows one of their professors to excoriate victims of sexual violence all while minimizing the trauma caused by the assailant, what kind of message is that institution sending to their students?” the petition reads.

“In a country where 20% – 25% of college women are victims of forced sex, telling victims to keep it to themselves is not what we need,” it continues. “Such ignorance sets the #MeToo movement back rather than pushes it forward.” The petition links to 18-year-old statistics from the Department of Justice, based on a phone survey that asked respondents about “unwanted sexual experiences” including “forced kissing” and “rubbing up against you in a sexual way, even if it is over your clothes.”

The petition concludes: “If UPenn doesn’t want to be represented by defenders of racists and sexual predators they must take a stand and cut ties with Wax and her vulgar, antiquated views.”

The petition also points to other controversial statements Wax has made. Last year, she authored an op-ed decrying the breakdown of America’s “bourgeois culture” and arguing that “all cultures are not created equal.” The Penn Law chapter of the National Lawyers Guild, a far-left lawyers group, called the article a “textbook example of white supremacy and cultural elitism.”

After the publication of the op-ed, the National Association of Scholars defended Wax’s “efforts to fight for academic and intellectual freedom.”

Earlier this year, Wax made other controversial comments on Loury’s YouTube. She was removed from teaching mandatory courses for first-year students after she told Loury, who is black, “I don’t think I’ve ever seen a black student graduate in the top quarter of the [law school] class, and rarely, rarely in the top half.”

They were discussing “mismatch” theory, which holds that universities actively harm students when they admit them into programs for which they aren’t qualified. Penn Law leaders claimed Wax made “false” statements without providing allegedly correct figures, and it ignored repeated requests from The College Fix for an explanation.

Wax told The Fix in an email that she did not want to comment on the petition or her status at the law school. Penn Law Dean Theodore Ruger and Rebecca Anderson, associate director of communications both did not respond to multiple email inquiries for comment.