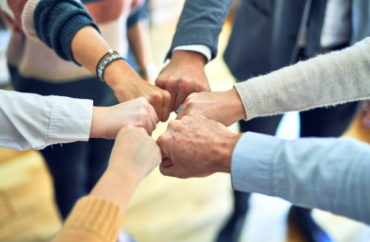 It’s time for scholars on the progressive left to defend academic freedom — even if they disagree with the content.

It’s time for a centrist silent majority on campus to stop cowering and start defending academic freedom as a nonpartisan issue.

And it’s vital that professors on the right defend their liberal peers’ comments too, lest they become the very thing they battle against.

That was an overarching theme among several professors and scholars who spoke at the Academic Freedom Conference on Saturday, the second and final day of the event held at the Stanford Graduate School of Business.

Regardless of the topic or political persuasion of the professor under fire, “everyone who cares about civil liberties has to raise our voices,” said Strossen, currently a senior fellow at the Foundation for Individual Rights and Expression.

Stanford law Professor Michael McConnell, well known on campus as a constitutional conservative scholar, said “I have made it a point of defending academic freedom of people whose politics I disagree with.”

“I think both sides, in our polarized environment, really need to police their own team,” McConnell said. “It’s easy to point to the other guys and say how bad they are. It’s more important to look in the mirror with your own friends and allies and call them to the standards that you think ought to be there.”

Harvard University Professor Steven Pinker spoke on the need for more rationality, a talk based on his 2021 book “Rationality: What It Is, Why It Seems Scarce, Why It Matters.”

He argued experts must “show their work,” “fallibility should be acknowledged,” and “gratuitous politicization should be avoided.”

“Academic freedom should not be branded as a right-wing cause,” Pinker added.

The Academic Freedom Conference drew more than 100 professors from across the nation who identify as either Democrat, conservative, centrist, classical liberal or libertarian.

Attendees agreed academic freedom and free speech is under attack on colleges and universities. They discussed — and debated — how best to fix the problem.

“I have faculty members who are warned before they come to join our faculty that I am a racist. And that sucks, right? That definitely sucks,” said Duke University economics Professor Peter Arcidiacono. “But I am committed to having a relationship with these people, and so they know that that’s not the case, right? That requires me not to demonize the other side, but to put up with being called those things and engage anyway, and to love them anyway.”

“And I think if we do that, that’s how the battle really turns. I disagree with the mockery.”

Psychologist Jordan Peterson said there is a moral obligation to defend academic freedom within the academy.

“As an academic and a free human being,” Peterson said, “you have a responsibility to abide by your own logos.”