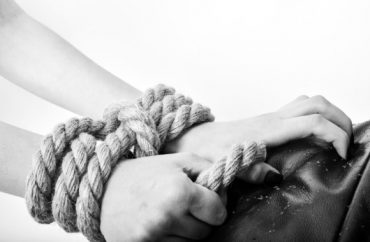 The two talks are part of a larger Sex Week observance hosted by the student group CMC Advocates for Survivors of Sexual Assault, but they were open to students at Claremont McKenna’s sister campuses as well: Pomona, Harvey Mudd, Scripps and Pitzer colleges.

“The underlying intention is to engage the student body and make affirmative, enthusiastic consent a cultural norm. We have a wide range of topics by a diverse group of sex educators, including queering safer sex and sex after trauma,” student organizers state on Facebook about their Sex Week observance, now in its second year.

Funding for the events comes largely from the Associated Students of Claremont McKenna College, which collects mandatory student fees, the Claremont Independent reports.

According to the Sex Week schedule, additional events as part of the observance, which began Monday and runs through today, include a “sex carnival,” queering safer sex lesson, and sex after trauma discussion. The sex carnival will feature “a photobooth, mechanical bull, consent bake sale, club tabling, and a sex toy demonstration,” reports the Independent.

Claremont McKenna College is not the only campus hosting Sex Week this week — Harvard University students have also put together such an observance. Yesterday, on Halloween, organizers hosted an event titled “Bloody Good! An Intro to Period Sex.” Overall, the Sex Week at Harvard is slated to offer 13 different events between Oct. 28 and Nov. 4. Additional sessions planned include ones on sexual fetishes, sex toys, open relationships, orgasms, “queer intimacies” and safe sex.