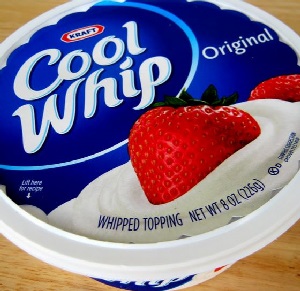 It’s come to this.

In the pages of the Daily Princetonian comes a white, male, Ivy League student – the trifecta of so-called privilege – who has finally himself been the victim of a “microaggression” and so bemoans the pain of it all – apologizes for any hurt he inadvertently caused in the past, and that he may cause in the future, through microaggressions of his own doing – and encourages his classmates to be very careful about what they say from now on, lest they prompt some of their peers into a life of binge drinking and Xanax popping.

All this because his friends teased him about how he says “Cool Whip.” I kid you not.

Enter one Newby Parton, a freshman at Princeton University who hails from McMinnville, Tenn., and likes to put his Hs in front of his Ws when he talks, as some are apparently apt to do in his hometown. His Jan. 4 column in the school newspaper starts with a long-winded explanation of why that is so, but eventually he gets to the heart of the matter.

“I say my ‘wh’-words in the traditional way,” Parton writes. “I never thought twice about it before coming to New Jersey. Here, my peers make a spectacle of it. ‘Say Cool Whip,’ they’ll tell me, in reference to the Family Guy gag in which one character pokes fun at another for his /hw/ pronunciations. I’ll say ‘Cool Whip.’ They’ll repeat it back to me with exaggerated emphasis on the /h/. I’ve been pulled into this conversation several times now, and each time I grow a bit more self-conscious. Very few people like to have their speech mocked.”

Then the whining and groveling begins.

Parton writes: “A friend of mine whom I quite like had put me through the ‘Cool Whip’ routine, so I waited awhile and texted her this: ‘Making fun of regional speech is a microaggression.’ ”

Again, I am ashamed of that text. But I learned a lot from her response. “Better put that on TM,” she said, referring to the Tiger Microaggressions page notorious for posting inoffensive “aggressions.” There came no apology or retraction. She really did not understand that she had caused any offense, even after I had plainly told her so. That is fine with me, and I don’t blame her one bit. If I were her, I am afraid I would not have understood either.

To become more aware of my own shortcomings is a debt I owe to others, so please send me a message if I have ever hurt your feelings. I will do what I can to make it up to you. In the meantime, I ask that my readers try doing the same. You might be causing people offense without intending to. Understanding how others feel is hard for those of us who do not suffer discrimination often, but with a little conscious effort, we can start correcting our mistakes.

With columns like this kicking off 2015, it looks like we could be in for another long year.