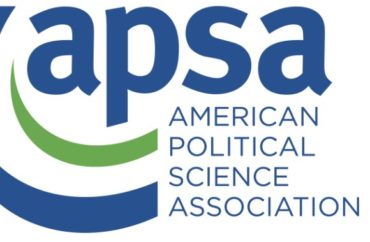 Opponents of an anti-Israel movement are cheering the backlash against a boycott, divestment and sanctions resolution at a prominent academic conference last month.

American Political Science Association organizers said from the start there would be no vote on the BDS resolution. But opponents started organizing when it was first announced, fearing a snowball effect if the resolution went unchallenged.

The BDS resolution was offered by the Foundations of Political Theory Section of the APSA, along with  an “Academic Boycott FAQ,” meaning the resolution was intended to be discussed and nothing more.

“Israeli academic institutions are complicit in Israel’s settler colonization of Palestine, and the attendant ethnic cleansing, dispossession, military occupation and apartheid policies that constitute this colonization,” the one-page resolution reads.

According to Miriam Elman, executive director of the anti-BDS Academic Engagement Network, more than 120 conference attendees “packed” the room where the resolution was presented for debate Aug. 31.

The “vast majority” opposed it, she wrote in a tweet the next morning. In a Facebook post later that day, Elman described the events of the previous night as a “colossal fail” for BDS proponents, even though no vote had been scheduled.

“Of course, this spectacular fail needs to be advertised WIDELY, as we all know that BDS zealots will either try to bury it or spin this as some kind of remarkable victory,” wrote Elman, a political science professor who took leave from Syracuse University to take the helm at AEN.

She explained to The College Fix why anti-BDS advocates were so bothered by a resolution that had no chance of being voted on.

“APSA is a large and influential academic professional association,” Elman wrote in an email:

Were the BDS academic boycott to continue to make inroads there it would galvanize other organizations to do the same. It would be a shot in the arm to BDS scholar-activists—and not only for political theorists who are pro-BDS scholar-activists in this relatively small APSA section.

‘Purposely scheduled’ so it can’t be voted on

Having received more than a hundred emails on the subject from section members from the U.S., Canada and Israel, Marasco said her aim was to “clarify a few things” in light of “a lot of misinformation spreading through our informal networks.”

(Elman provided The Fix the body of Marasco’s email and said it was sent “a few days before the meeting,” but did not forward The Fix the original email or provide a screenshot. Marasco did not respond to an email last week.)

Marasco “purposely scheduled” the BDS resolution for “preliminary discussion” after the business meeting earlier in the day, “so that no vote can or will take place.” The section’s bylaws restrict “votes on new policy” to business meetings themselves, she wrote.

The resolution was presented to her by section members who “requested a discussion,” Marasco continued. Her “hope and expectation [is] that political theorists can discuss controversial issues that impact our professional (and not just our political) lives.”

Though she has fielded many emails demanding that APSA take a stance on the boycott proposal, Marasco emphasized the importance of maintaining APSA’s neutrality on the resolution.

“I do not believe Foundations should be a partisan organization nor do I believe that I am promoting an agenda or that the organization has been ‘captured’ by activists,” she wrote. “I hope (and still believe) this process will be productive for the field and clarifying for the organization, regardless of the outcome of this particular proposal.”

Many organizations expressed concern about the resolution leading up to the conference. AEN released a letter Aug. 14 stating its “unequivocal opposition” to the resolution.

It called the resolution “inherently discriminatory and inimical to the fundamental principles and core values that define the academy, namely open and unfettered communication of ideas and the academic freedom to conduct intellectual exchange without restraint or fear of retaliation.”

AEN’s letter challenged several claims in the resolution and FAQ, arguing they “turn a complex and intractable conflict into a caricature which singles out one side for blame and establishes a false binary of oppressor vs. oppressed.”

For example, it said the documents “ignore how the Palestinian Authority and Hamas routinely infringe upon the academic rights of students and scholars on Palestinian campuses.”

The documents insist with no evidence that a boycott would only affect Israeli institutions, according to the letter. It would “inequitably discriminate against and punish individual Israeli scholars and students on the basis of their nationality and the policies of their government,” thus “preventing intellectual exchange with Israeli academics.”

The FAQ also “denigrates Jewish identity” in addressing the question of whether it’s antisemitic to boycott Israel, AEN said: “Construing Judaism as merely a set of religious practices and minimizing its national and ethnic elements is a centuries-old staple of antisemitism.”

Jewish News Syndicate portrayed the discussion at the open meeting as having “thwarted” the resolution, even while recognizing it was never scheduled for a vote. Elman continued the language of victory in her Facebook post, saying “many speakers spoke loudly and eloquently against BDS” at the meeting.

Marasco told the meeting that about 80 percent of the 360 or so emails in her inbox had opposed the resolution, Elman said, citing a professor who organized opposition, Ron Hassner of the University of California-Berkeley.

The chair summarized the emails and “concluded the meeting by rejecting the proposed resolution as opposed to the views of the section,” Elman wrote. “So there will be no further action and no vote,” at least until next year’s conference.

The discussion at the open meeting really was a defeat for BDS advocates, Elman told The Fix, because it showed “an overwhelming negative response to this resolution including by leading and famous scholars.”

Putting forth a resolution with similar wording “will be very divisive in the section and that there will be considerable pushback from the larger association if they proceed with it,” she wrote in the email:

It’s important that members of these associations get notified early about BDS efforts, that they are aware of the association’s bylaws, and that they mobilize dissent so that these efforts can be stopped early on–as happened at APSA.

Elman defended Israeli academic institutions from the broader set of criticisms by BDS advocates, discussing how to respond to “any such boycott resolutions that may pop up in other professional associations in the future.”

She called the country’s colleges and universities “models of Arab-Jewish coexistence, mutual respect, and equality of opportunity,” citing the University of Haifa’s 35-percent Arab student population and the Palestinian valedictorian at the Technion medical school.

Elman was eager to dispel the idea that BDS was a critical mass “within any professional academic organization where its been raised.” It’s a “fringe” movement that nonetheless has managed to “drive outcomes by monopolizing the agenda and manipulating decision making rules.”