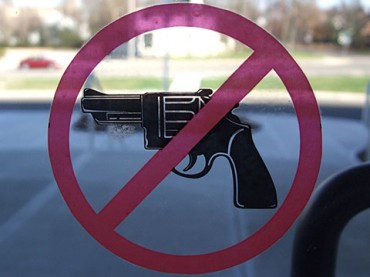 Jessica Smartt Gullion, an assistant professor of sociology at Texas Woman’s University, is actually arguing that scholars will be intimidated into giving students with concealed carry permits As so they don’t get shot.

Suggesting students often get emotionally distraught over bad grades, scholars are at risk from gun-toting students, Gullion writes in a piece republished by Newsweek and the Houston Chronicle:

Texas college professors may soon face a dilemma between upholding professional ethics and protecting their lives. …

With this proposed law, a question coming up for many academics is whether they would be forced to give A grades to undeserving students, just so they can avoid being shot.

This is not as far-fetched as it sounds. In my five years as a college professor, I have had experiences with a number of emotionally distressed students who resort to intimidation when they receive a lesser grade than what they feel they deserve. …

Allowing students to carry weapons to class strips off a layer of safety. Students are often emotional and can be volatile when it comes to their GPAs. Who would want to give a student a low grade and then get shot for it?

But the National Rifle Association quickly fired back, noting “Gullion’s arguments about heated exchanges escalating into gun-fueled carnage are similarly divorced from reality and logic.”

“In nearly every state that has a Right-to-Carry law, as the measure was being debated, gun control advocates frantically predicted scenarios of Wild West-type shootouts in the streets. This, of course, has not come to pass. Instead, modern America’s proliferation of firearms and lawful public carry have coincided with historically low rates of violent crime.”

“Gullion additionally labors under the false impression that legal and administrative restrictions on campus carry help to prevent a person intent on committing violence from acting on those plans,” the NRA adds. “To the contrary, those willing to break the law to commit the kind of heinous violence Gullion fears will hardly be deterred by the potential consequences of carrying in a designated gun-free zone. Rather, they’re more likely to gravitate toward targets where they would expect not to meet armed resistance. Gullion inadvertently illustrates as much, citing three shootings that occurred at supposedly gun-free campuses.”

As Fox News reports, the Texas state Legislature “passed a measure over the weekend that would repeal a law prohibiting licensed gun holders from having firearms on school grounds. If signed by Gov. Greg Abbott, as expected, the law would go into effect next fall and in 2017 for community and junior colleges.”