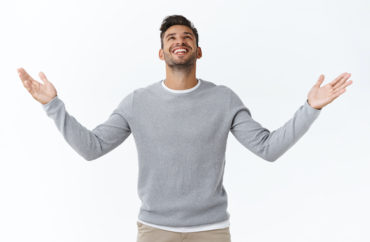 Mashable paraphrased Cal State Los Angeles’ Melina Abdullah as saying that white saviors are Caucasians who “perpetuate the idea that ‘good’ white folks have the authority and duty to swoop in and ‘save’ the world, especially Black people, from oppression rather than following the lead of Black people.”

Too many “good” whites, Abdullah says, believe it sufficient just to be allies to black people without having been “entrenched” in real anti-racist work.

Further, white saviors tend to act individually, and consider themselves “experts” without belonging to groups which help them “check their privilege.”

Abdullah also claims the actions of white saviors can cause actual physical harm: “They’re often thrill-seekers who escalate things in ways that can be dangerous for Black people especially.”

She recalled an instance from earlier this year where black-clad whites appeared at one of her appearances supposedly to protect her from police; however, the professor believes they actually attracted the cops.

“Some of our folks were kettled in and our children were terrified. Thankfully, we all made it out, but we had to shut down our event early and amid unnecessary drama,” says Abdullah, describing the scene when police surrounded the crowd and prevented people from leaving.

Abdullah believes white saviorism feeds into a desire to be in control.

“I think they [white saviors] don’t always recognize that it is an exertion of power when you seek to swoop in and ‘free’ someone else, it’s a diminishment of who I am as Black person,” says Abdullah. “It assumes that we don’t have our own solutions, our own plans, to disrupt white supremacy because white folks have lived in a world where they are really centered in the universe. They think that every solution should be with them at the front of it.”

Though Abdullah believes only whites can be “white saviors,” others feel differently. Rwothomio Kabandole of the group No White Saviors says black and brown people can “absorb the ideologies of whiteness” such as thinking they “need to come to the aid of Black and brown people, even if they’re also a person of color.”