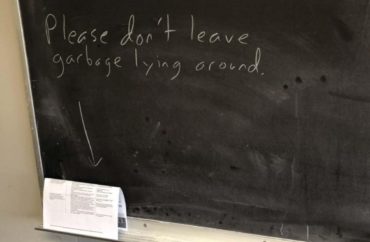 The University of North Texas has agreed to pay $165,000 in damages and attorneys’ fees to settle a lawsuit filed by a professor it fired after he criticized fliers about microaggressions.

Nathaniel Hiers had sued the university in April 2020, alleging the taxpayer-funded institution rescinded the math scholar’s employment contract “without notice” for making a joke, a violation of his free speech rights.

At issue was “a stack of fliers” on microaggressions Hiers noticed in the department faculty lounge in November 2019. He read them, found the ideas wanting, then wrote “Don’t leave garbage lying around” in jest on a chalkboard, with arrows pointing to the fliers, the lawsuit had stated.

Hiers was fired soon after, with his superiors citing the incident as the reason.

Hiers was represented by the conservative Alliance Defending Freedom law firm, which called the settlement “a victory for free speech on public university campuses” in a news release.

“Public universities can’t fire a professor just because they disagree with the professor’s personal viewpoint,” said ADF Senior Counsel Tyson Langhofer. “…We hope this is the first step in the university restoring its role as a marketplace of ideas rather than an echo chamber for one viewpoint.”

In response to the settlement, the university said in a statement that its focus remains on “students who have chosen to invest their resources in pursuing an excellent education as part of our UNT family,” Inside Higher Ed reported.

As The College Fix previously reported, the microaggression fliers at the crux of the lawsuit are from the University of New Hampshire’s ADVANCE program to support female faculty in STEM disciplines, which is funded by the National Science Foundation. 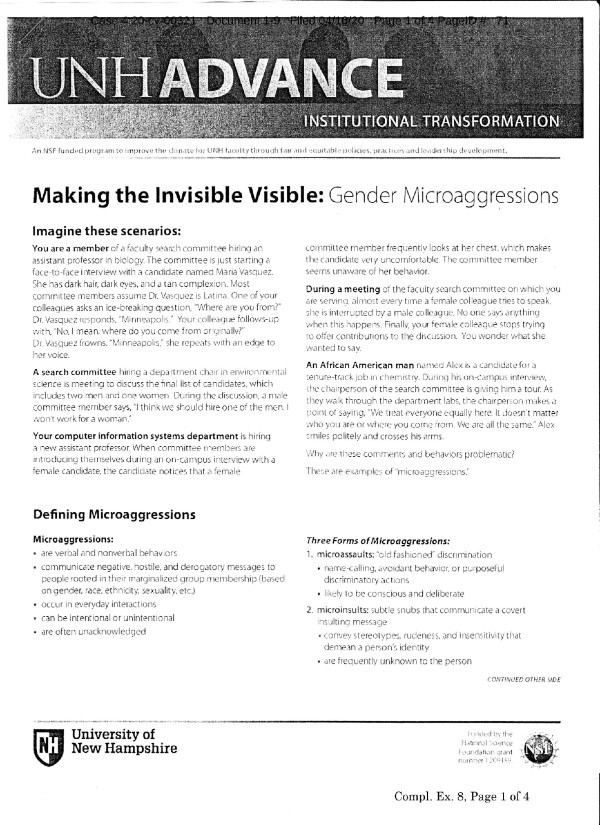 The first two pages focused on “gender microaggressions” and appear to have been compiled internally at UNH from various internet sources. The last two attribute their content to a 2010 work by the main popularizer of the microaggressions concept, Columbia University psychologist Derald Wing Sue, who has publicly criticized colleges for using his research in “punitive” ways. 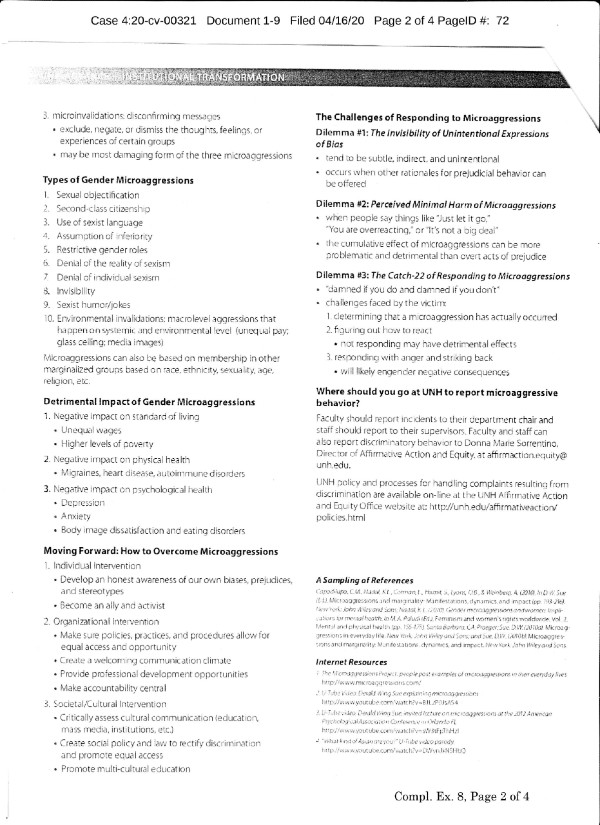 Hiers had claimed that all of the reasons he was given for his firing trace back to the microaggression fliers: He wouldn’t subject himself to “additional diversity training” or retract his criticism of the fliers, and his “actions and response are not compatible with the values of this department,” the lawsuit had stated.