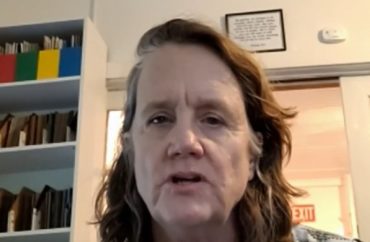 An abortionist and University of California San Francisco professor has floated the idea of creating an abortion ship in the Gulf of Mexico so women can abort their babies.

“There’s been an assault on reproductive rights in our country and I’m a lifelong advocate for reproductive health and choice,” she told the wire service. “We have to create options and be thoughtful and creative to help people in restrictive states get the health care they deserve.”

Southern states such as Louisiana and Texas have limited or plan to restrict the ability of women to kill their preborn babies.

NBC Bay Area reported, based on an interview with Autry, “that this ship will operate on federal waters — nine miles from the coast of Texas and three from the coast of Alabama, Louisiana and Mississippi — where it can evade those states’ abortion restrictions.”

Her organization is called “Protecting Reproductive Rights of Women Endangered by State Statutes,” or PRROWESS.

The boat “[w]ill be a comprehensive floating reproductive health clinic offering surgical abortions up to 14 weeks and contraception including emergency contraception, on site testing for sexually transmitted infections (STIs), STI treatment, and vaccination.”

“In addition, some social services will be available including social work and legal aid,” the website states.

However, the Biden administration has thrown cold water on the idea of a Grand Canyon Planned Parenthood or Yosemite abortion facility.

MORE: Professor says asking if men can get pregnant ‘opens up trans people to violence’