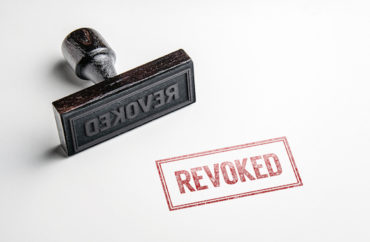 The recipient of a prestigious award in herpetology had the award rescinded last week on the grounds that photographs of female researchers in his acceptance talk were “inappropriate,” with a spokeswoman of the organization that rescinded the award admitting that there were “no formal complaints” related to the presentation.

Richard Vogt, who took part in the discovery that the sex of turtles is determined by the temperature they experience in the egg, gave his acceptance speech for the Distinguished Herpetologist Award at the Joint Meeting of Ichthyologists and Herpetologists last week. Herpetology is the scientific study of reptiles and amphibians.

As part of his talk, Vogt featured pictures of his researchers handling turtles. In some of the photographs, the researchers, many of whom were women, are wearing bathing suits as they worked in boats and on beaches. 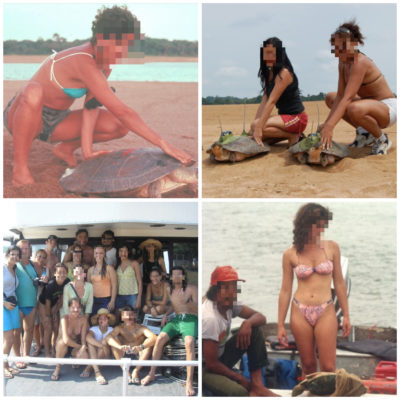 The presence of the photographs, as well as the choice of Vogt for the reception of the award, caused “outrage” among attendees, according to Renata Platenberg, the secretary of the Herpetologists’ League.

“There were two issues, one being the inappropriate material in the slides, I.e., female biologists doing field work in aquatic environments in swimsuits; the other being the more pervasive issue of sexual harassment in the field of herpetology,” Platenberg told The College Fix.

“The community expressed outrage that Dr Vogt was given an award despite an awareness of his proclivity towards offensive behavior to women,” she said. The League “responded quickly to both issues. The board voted to rescind the award, and changed the bylaws to ensure inappropriate speakers will not be selected in future.”

Asked if anyone actually in attendance complained to the League about the photographs, Platenberg said no. “I reached out to others in the Herpetologists’ League and we are unaware of any formal complaints. Most of the discussion was on social media, although there were some useful discussions between people and within societies at the meeting as well,” she said.

Platenberg did not respond when asked if the League had known of Vogt’s alleged ‘offensive behavior to women” before granting the award, or if it had just learned of the allegations after giving him the award and had rescinded it without an investigation of any kind.

Reached for comment via email, Vogt denied anything inappropriate about the photos, stating that such presentations are “common.”

“Perhaps 100% of the presentations working with field projects on turtles in rivers show coworkers working in the field, often in swimming suits,” Vogt told The Fix, adding that he has given such presentations for over four decades.

Bruce Collette, a researcher at the Smithsonian Institute who had attended the event, told The College Fix that at least one other talk at the conference featured female researchers in bathing suits, but that that talk did not generate any backlash. “There was a least one other paper that also had at least one woman in a bathing suit, and it provoked no controversy,” Collette said.

Organizers knew about photographs beforehand, but allowed them anyway

Unknown to Vogt prior to his presentation, the swimsuit photographs themselves had been partially censored before being shown. According to The Democrat & Chronicle, the photographs “were risqué enough that conference organizers added blue boxes to cover parts of the women’s bodies.”

The Fix asked conference committee chairman Henry Mushinsky via email if Vogt was told before giving the talk to remove the offending images. Mushinsky replied: “No, there was no opportunity to do so, the blue boxes were inserted just prior to his presentation.”

“In candor, he never should have been picked for this prestigious award, sadly he has a long history of using graphic pictures of women in scanty bathing suites in revealing poses,” Mushinky added. “In Brazil, where he has lived for two decades or more, such photos are not noticed.”

Asked why Vogt was not simply asked to remove the photographs from the slide beforehand or at least warned about the censorship, Mushinsky said: “He has a strong academic background, we were respectful of his stature and the significance of the award he was receiving. Censorship is a slippery slope in the academic world. I might add, hindsight is always 20/20.” Mushinsky subsequently declined to comment further.

Via email, Vogt referred to Mushinsky as his “academic enemy.”

“When he became the president of the American Society of Ichthyologists and Herpetologists about 6 or 8 years ago he sent me a very gross letter saying that my activities would not be sanctioned and that if I persisted in my behavior I would be prevented from giving talks at meetings and barred from attending,” Vogt said.

“[H]e, Henry Mushinsky had no authority to enter into my slide presentation and censor slides he felt needed to have large blue rectangles put over the bodies of some of the women in the slides,” Vogt added.

Collette confirmed that such a letter was sent to Vogt, saying “I think Henry’s letter was out of line. As I recall, he threatened to kick [Vogt] out of ASIH which he had no authority to do. And this was before we even thought of having standards as we do now.” Neither Vogt nor Collette had a copy of the letter available for The Fix to view.

Bruce Collete, the Smithsonian researcher, denied that there was anything controversial about the presentation. “[Vogt] has given unnecessarily provocative talks in the past but this was not one of them,” he said. “I have viewed the slides that had sections of women covered up with blue patches – yes, they were wearing bathing suits – don’t most people working in the water wear bathing suits?”

The sentiment that the images were not offensive was echoed by another conference attendee who spoke with The Fix on condition of anonymity. “If people are catching animals in water, I don’t think they would be wearing long pants and shirts. If you are offended by a bathing suit, then you have problems,” the attendee said.

Speaking to The Democrat and Chronicle, meanwhile, Cal-Poly biologist Emily Taylor said that Vogt had been showing controversial photos in his presentations “for 20 years. … There’s a big difference between what he does and just [pictures of] students in normal field garb.” Taylor did not respond to requests for comment from The College Fix.

Collete suggested that the whole controversy was retribution for things Vogt has done in the past.

“Dick is being penalized for his past bad behavior and if anyone can be considered at fault over this, it is the one who invited him to make the presentation,” he said.

Asked for specifics about Vogt’s past “unnecessarily provocative talks,” Collette said they contained “probably a few of both” crude jokes or unnecessary sexual images.