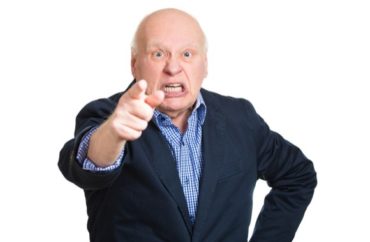 ‘Largely, if not entirely designed to quiet conservatives’

The University of Arkansas System’s revised tenure policy makes it easy to revoke tenure for professors who aren’t nice enough.

That’s the claim in a recent class action lawsuit by three professors who say the policy violates the whole point of tenure, giving administrators an unfair amount of power to arbitrarily terminate tenured faculty.

It not only violates their contractual and due process rights, but it will chill the speech and infringe the First Amendment rights of faculty as a whole, according to the professors, who teach medicine, English and law at various UA campuses.

Since the policy revision was approved last year, the plaintiffs have been “extremely cautious of what is said in class and what topics may be discussed openly in class” for fear of termination. It “effectively destroys the concept of tenure and academic freedom,” which is necessary for a “robust exchange of ideas, free from censorship and retaliation by authority.”

Outspoken conservative professors are particularly threatened by these new rules, as is any unorthodox thinker, a UA-Little Rock professor who is not a plaintiff told The College Fix.

The revision “seemed largely, if not entirely designed to quiet conservatives, but also to be designed to quiet other dissenters, the small percentage of routine objectors,” Robert Steinbuch of the Bowen School of Law said in a phone interview. “Which are healthy, by the way, to an academic enterprise, as they help reduce the noise in an echo chamber.”

In higher education, tenure ideally serves to defend the economic and academic freedom of faculty. It mitigates the threat to their job security for expressing a controversial opinion or challenging the ideology of the administration.

But the revised policy greatly expands what can be defined as “cause” to dismiss tenured faculty, potentially reaching into protected speech at public universities.

Starting July 1, the board of trustees and “institutional administrators” can use the annual reviews of faculty to terminate them “on almost any ground,” according to the lawsuit, which names the board and individual trustees as defendants.

Faculty within the system have voiced concern over these rules since 2017, when a draft revision was presented. Joshua Silverstein, another law professor, noted then that the draft made “unwillingness to work productively with colleagues” grounds for dismissal.

The Foundation for Individual Rights in Education condemned the new policy last week, claiming the expanded “cause” definition “veers into the territory of punishing faculty members based on their ‘collegiality.’”

More than four years ago, the American Association of University Professors also condemned the use of “collegiality” to punish professors. It defended a conservative professor who was indefinitely suspended by the private Marquette University for calling out a colleague’s mistreatment of a conservative student.

Silverstein had also noted that while the revised policy could legally be applied to faculty that had not yet received tenure, it would be constitute breach of contract if applied retroactively.

The lead class members are Philip Palade, pharmacology and toxicology professor; Gregory Borse, associate professor of English and philosophy; and J. Thomas Sullivan, a distinguished professor of law and colleague of Steinbuch’s.

The “class” that they want to represent includes “all individuals who held by appointment tenure-track or tenured positions” within the UA System by March 29, 2018, when the revised policy was passed.

The UA System believes the change has no effect on its commitment to “academic freedom and free speech,” Director of Communications Nate Hinkel told The Fix in an email.

“And while it is the UA System’s policy not to comment on ongoing legal cases,” he continued, “we do feel that the very public and inclusive process of updating the tenure policy helped produce a policy that appropriately addresses the interests of both our faculty and the entire UA System.”

Steinbuch, the law professor, disputed UA’s characterization of the process.

“I’m really somewhat amazed at their ability to make that claim with a straight face, because the fact is that much of this process was not only underway, but virtually completed well before they ever informed any significant portion of the faculty that they were even looking into this,” he told The Fix.

MORE: How to get rid of conservative faculty with one policy change 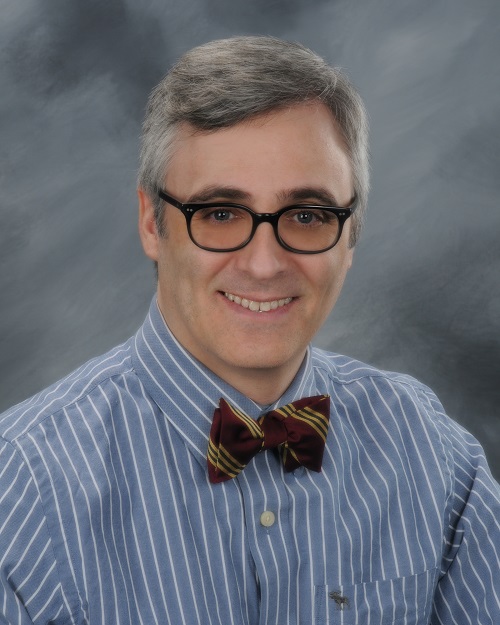 “And we discovered this, by the way, only because we used the Freedom of Information Act. They never disclosed that they had been literally working on the process for about a year before they let anyone know,” Steinbuch (left) said.

Hinkel said the system gave faculty and others “several ways” to question and comment on the “faculty employment policy” update, including “an online portal for general feedback.” System staff also met with faculty senate leaders across campuses before the trustees met to consider the final draft, and interested parties “were given an opportunity to speak” before the vote.

Steinbuch dismissed that online portal as a “kind of black box email where you could send in comments … virtually none of” which affected the final draft. “[O]n a large measure they considered, then rejected, the input of the faculty.”

He claimed the revised policy was instigated by the “lawyer folks who wanted to make rules easier to fire people,” and that the university system refused to let faculty bring even a single law professor to policy discussions. None of the faculty senator leaders mentioned by Hinkel was a lawyer, Steinbuch said.

‘In the context of academia, the minority are conservatives’

The law professor made one last-ditch effort to prevent the retroactive application of the policy to tenured faculty, crafting a bill with Arkansas lawmakers including Republican Sen. Kim Hammer, whose district is near Little Rock. But SB 232 didn’t move before the Senate adjourned in April.

“We spoke with legislators and told them this, and they agreed it was a basic violation of contract rights,” Steinbuch said. The revised policy was “equally as obvious” to them as intended to “quiet dissenters, and in the context of academia, the minority are conservatives.”

The class action lawsuit, filed May 31, claims breach of contract under both federal and state constitutions because tenured and tenure-track faculty have a contractual relationship with the board of trustees.

By expanding the list of “grounds” for termination into “substantially less problematic activity” than the examples in the original policy, the system is fundamentally altering the contractual relationship, the plaintiffs say.

MORE: Bisexual Latino prof chased out – for being too conservative

A “certain inflexibility in firing decisions” is “inherent” under a tenure system, but the revised policy includes conduct that “serves as the basis for disciplinary action” as grounds for revoking tenure.

Those seven words were added to a section that labels unwillingness or inability to “perform duties or responsibilities” as grounds for dismissal. Their inclusion not only expands the scope of the board’s disciplinary power, but also illegally modifies the original contract, the suit claims.

The revised rules also expanded four original examples of termination-worthy conduct into “12 non-exclusive grounds” that depend on “broad and vague descriptions of conduct,” according to the plaintiffs.

The Arkansas Supreme Court has twice ruled against the university system’s argument, they said: by upholding the retroactive application of statutes “so long as they do not disturb contractual or vested rights or create new obligations,” and more recently by affirming that parties to a contract “must manifest assent to the modification of a contract and to the particular terms of such modification.”

If the university system really made no change to the faculty contract, as it claims, “one wonders why we needed to go through this whole exercise to begin with,” Steinbuch concluded.