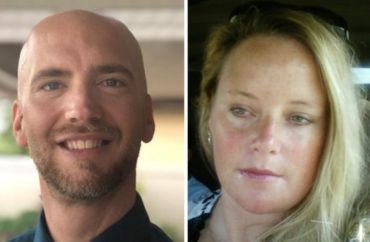 Did not ‘accuse anybody of fiscal malfeasance or misappropriation,’ lawyer says

An ongoing investigation at California’s Bakersfield College could result in the firing of two history professors who are active in a faculty organization that promotes freedom of thought.

Matthew Garrett and Erin Miller are accused of making defamatory statements about two other professors related to the funding of “social justice” initiatives.

The “administrative determination” report by Christopher Hine, general counsel with the Kern Community College District, found that Garrett and Miller “engaged in unprofessional conduct” at a Sept. 12, 2019 event.

But their lawyer told The College Fix that Garrett and Miller were simply stating their disagreement with how the funds were being allocated. Even “the investigation concluded that much of what Professor Garrett was saying was protected speech under the First Amendment,” Arthur Willner said. (Miller gave a 12-minute introduction to Garrett’s lecture.)

Exactly what the professors said is not in dispute because video of the event is public. It was hosted by the Renegade Institute for Liberty (below), which Garrett founded at the college several years ago. Miller currently serves on its advisory board.

“If you view the video, you can see that at no time did Dr. Garrett accuse anybody of such a thing,” Willner said in a phone interview. “His concern was that funds were being … allocated in connection with a particular political agenda, which he felt, in his opinion, was inappropriate.”

The lawyer said he’s been in touch with the general counsel’s office at Bakersfield College. Investigators must “vacate” their findings because they are based on false grounds: “At no time did Garrett or Miller accuse anybody of fiscal malfeasance or misappropriation of funds.”

The professors will file suit in federal court if the college goes through with punishing them for their speech, Willner said.

Garrett declined to comment on all matters regarding the investigation, or even speak about the Renegade Institute’s work.

But Willner said the institute’s purpose is to “present alternate views on campus that balance” the prevailing viewpoints: “There’s basically an echo chamber of social justice opinions and presentations that are routinely presented at the school.”

President Christian “gave the green light to establishing the institute” when Garrett met with her several years ago, “so it has been very active over the last few years,” the lawyer said. The institute page lists a dozen “committed faculty” in addition to Garrett and Miller.

They have long been outspoken about their feelings on censorship and “social justice” advocacy on campus.

In a column for The Bakersfield Californian in June 2019, Miller wrote about an informal debate between Garrett and Bond, an English professor affiliated with the Social Justice Institute, in dueling letters to the editor.

They disagreed over the significance of stickers placed around campus that read “Smash Cultural Marxism” and “Never Apologize for Being White.” Bond argued against engaging with such “hate speech.”

Garrett wrote a column for the Californian this fall that claimed new “racial equity” policies at the college won’t achieve their intended purpose.

“I lament the college administration’s adoption” of a framework that “emphasizes racial preferences, discredits proven metrics of success and exempts select students from accountability through speculative assumptions of racism,” he wrote. This is a “gross departure from academic principles of evidence-based inquiry,” Garrett said.

‘We need to strip the proxies of their institutional authority’

The administrative determination focuses on last year’s Renegade Institute event with Garrett. His talk was titled  “A Tale of Two Protests: Free Speech and the Intellectual Origins of BC Campus Censorship.” Miller opened the event by discussing the institute’s importance.

Garrett discussed his concern about censorship on campus, going further in depth about the political stickers placed around campus the previous semester.

Willner told The Fix that a “very small part of his talk addressed the use of grant funds at the college that, in his view, was being directed primarily to fund … a social justice agenda.”

More than halfway through his lecture, Garrett said that someone tipped off a local news station about the political stickers, which were described as racist. Then Prof. Rosales, the director of the Social Justice Institute, “reached out” to the progressive “youth-led” nonprofit Kern Sol News to write about “white racists on campus.”

“It’s like someone’s trying to make the media tell a certain narrative, isn’t it,” Garrett told the audience.

Still giving background about the sticker incident, which the college administration threatened to prosecute, Garrett said “maybe it’s not racism, maybe [the sticker language is] actually a talk about social Marxism.”

After Garrett’s newspaper debate with Bond about hate speech, the student newspaper’s editor-in-chief wrote a commentary for Kern Sol News that Garrett characterized as calling him “personally an apologist for white supremacy.”

The first reaction seemed to be that there would be a genuine, open debate on this topic, until “you follow the money,” Garrett said.

The Kern Sol News commentary originally said it “was made possible with a grant from California Humanities, in partnership with Bakersfield College.” The disclosure was later changed to replace the college with “the Bakersfield College Foundation” – its affiliated nonprofit – “and Virginia and Alfred Harrell Foundation.”

Garrett said that referred to a $20,000 Harrell Foundation grant to the foundation. “That money is managed by an account manager. That account manager gives it to Kern Sol News,” and the youth-led nonprofit publishes “things like pro-social justice articles” and pro-Rosales articles, Garrett continued:

They write a bunch of left-wing stuff. I mean, it’s pro-immigration, that’s okay … you can have political views in news, that happens … as long as it’s your own money and not paid for and endorsed by the state. They also wrote the defamation of both myself and then of Erin Miller as well.

“We need to strip the proxies of their institutional authority,” Garrett said, discussing possible solutions. “We do not need our own news media organization on the payroll that is secretly looking like it’s not on payroll but really is advocating for particular interests – that’s inappropriate.”

Other solutions could be freezing the funds and removing the account manager, Garrett continued: “Partisan politics paid for by taxpayer dollars is not okay.”

‘Mischaracterized the nature of the grants involved’

Bond and Rosales filed a complaint with the Kern Community College District claiming that Garrett’s claims about them were “reckless and untrue,” according to a December column by Jose Gaspar, a local Telemundo anchor.

The two professors said they would have explained the process and how the grants work if Garrett had asked them directly. Gaspar also characterized Garrett as having made an “apparent attempt to connect them to a misuse of public funds.”

In response, Garrett filed his own complaint alleging his colleagues were “being retaliatory in an attempt to suppress him from voicing his opinions.”

Willner said Garrett was not made aware that he and Miller were under investigation for some time after the Renegade Institute event.

Ultimately, the college said Garrett’s accusations were unprofessional, so he could potentially be held liable for sanctions by President Christian.

The investigation, conducted by attorney Ren Nosky of Municipal Resources Group, probed whether Rosales and Bond engaged in financial improprieties, and if not, whether Garrett and Miller unprofessionally accused them.

The report said these alleged accusations were “UNFOUNDED” and “mischaracterized the nature of the grants involved and the roles that Dr. Rosales and Professor Bond had in administering them.”

Garrett and Miller “made serious public accusations against Dr. Rosales and Professor Bond without giving them a reasonable chance to explain the grants in question or to defend themselves,” it said. Such wrongdoing is eligible for termination under the Education Code.

Willner told The Fix that President Christian is planning on releasing her conclusion this week. The college declined to comment to Gaspar, according to his column.