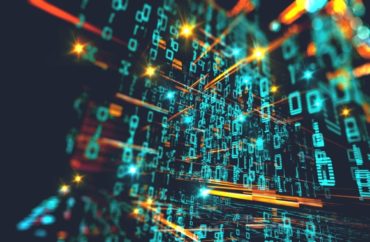 At the beginning of his new book “The Social Media Upheaval,” prominent tech and constitutional law Professor Glenn Reynolds likens the technological advancements underway with other historic ages that have dramatically altered civilization, such as the Agricultural Revolution. That’s the scope of the tech revolution — it’s a globe changer.

Next he reminds readers of pandemic viruses that wiped out populations in the past and compares that to the tech viruses of today — social media vitriol and rapid-fire internet mobs.

Could America be on the verge of a “civilizational nervous breakdown,” the scholar asks.

“Maybe we don’t know the mental disease vectors that we’re inadvertently unleashing, just as those early civilizations didn’t understand the physical disease vectors they were promoting. Right now, it almost seems as if the social media world was designed to spread viruses of the mind. And that’s because it was,” Reynolds writes. 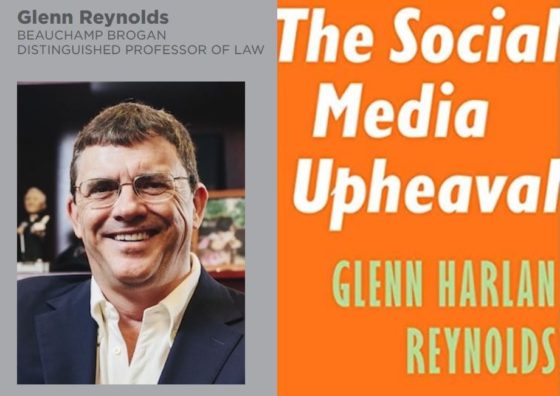 His book cites examples of real lives wrecked by internet mobs that sought to enact justice through doxxing and threats.

Tweets, even inciteful ones, are protected free speech under the Constitution, writes Reynolds, editor of the popular Instapundit blog.

But he adds that the headline-only reading, hashtag activism, lightning-speed response of internet outrage and social justice warriors on both sides of the political spectrum has actually retrained how people use their brains — how they think and respond to issues — and not in a good way. Deep thinking? Critical analysis? Thoughtful responses? Not in the tech age.

What’s more, the addictive tendencies that social media facilitates have tapped into many of the worst traits of humanity, the professor argues.

So what does the end look like? Does it come to physical fisticuffs? Do Americans get off their phones and head into the streets? What does a social media-induced pandemic look like, and can it actually end up with people literally dying?

“Yes,” Reynolds said in a recent phone interview with The College Fix to discuss his new book.

“We already have a fair amount of Twitter-mediated violence, which ranges from stuff like Antifa to the milkshaking fad,” he said. “Of course just as you hype people up and make them more angry, and you dehumanize their opponents, it has the potential to produce more violence.”

“It’s interesting that Twitter censors people on the grounds that ideas that people don’t want to hear may promote violence — while actually operating algorithms that amplify negative emotions and make people more likely to feel violent,” he added.

But the solution is not to regulate content, Reynolds told The Fix.

“Rather what I am saying is we need to change the environment,” he said. “That’s why I propose primarily antitrust breakups of these companies so that you don’t have such a large and volatile walled environment where things can ferment.”

In the book, Reynolds echoes those sentiments.

“Rather than focusing on the content of what individuals post on social media, regulators might better focus on breaking up these behemoths, policing anticompetitive collusion among them, and in general ensuring that their powers are not abused. This approach, rooted in antitrust law, would raise no First Amendment or free speech problems, and would address many of the most significant complaints about social media,” Reynolds writes.

“The presumption is that, overall, truth will win out most of the time. The dangers of monopoly organs like Facebook or Twitter is that they will selectively silence some of those voices and amplify others. Encouraging these tech behemoths to police ‘bad’ content only makes that more likely.”

Right now, Congress is in the beginning phases of antitrust efforts against Big Tech. Reynolds, in his interview with The Fix, said he supports that undertaking.

“We need to limit the ability of these companies to collude and to buy out or shut down competitors and generally to abuse the tremendous market power that they have acquired,” he said.

He said he is not sure what Congress will do, but in recent weeks it seems momentum is building for the antitrust idea, not only inside the beltway, but also among tech scholars and both Republicans and Democrats.

“It’s a really interesting coalescence of concern,” Reynolds said, “and coalescence around a remedy.”