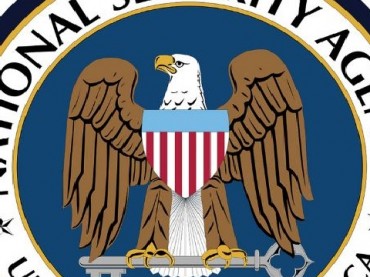 A Republican state senator in Arizona is working to introduce a bill that aims to block the state’s public universities from serving as NSA research facilities or recruiting grounds.

State Sen. Kelli Ward said her state should not comply with NSA practices until the agency’s efforts comply with the U.S. Constitution.

“One thing is 100 percent certain: Passage of this bill tells the NSA that their time is coming to an end at state universities in Arizona,” Ward told The College Fix in an interview.

Ward drew inspiration for the proposal, which she plans to introduce during this legislative session, from a conservative activist group’s call for policies intended on protecting the Constitution’s Fourth Amendment. The Fourth Amendment Protection Act, as it is called, according to a press release from Sen. Ward and the Tenth Amendment Center, would bar the NSA from recruiting students at Arizona’s public universities.

The state currently has two public universities—Arizona State University and the University of Arizona, Tucson— that actively work with the NSA by way of the National Centers of Academic Excellence Program.

Additionally, the proposed law is abutted by three other integral provisions: It prohibits Arizona’s state and local agencies from providing any financial or in-kind support to the NSA within said state’s jurisdiction; it makes intelligence gathered without a warrant by the NSA inadmissible in state court; and provides sanctions against businesses attempting to engage in commerce with the NSA.

Sen. Ward says that she fully supports the goal of keeping the NSA out of the purview of her state’s college campuses.

There is one notable stipulation, however.

The legislature can only direct the policies of state schools. Private institutions can, if they wish, continue to pursue business interests with the NSA, but, if they remain business partners with the NSA, they would likely see their public funding pulled.

“Once the bill passes, it will automatically stop any new partnerships, and then we’ll look more specifically at how to end the ones currently in place,” Ward said.

The Fourth Amendment Act was crafted from a template created by the Tenth Amendment Center. The group’s ultimate goal is to get the act, or some iteration thereof, in place in every state.

But their immediate goal, said Mike Maharrey, the group’s communications director, is to get the legislation passed in five states:  Colorado, Utah, Arizona, Washington and Maryland, the latter of which is home to the University of Maryland—a university with a large NSA presence.

Indeed, Edward Snowden, the intrepid whistleblower that exposed the NSA’s PRISM and ECHELON programs, told the Guardian that his first job with the agency was as a security guard for one of its “covert facilities at the University of Maryland.”

The facility at the University of Maryland campus is also, according to reports by The Washington Post, attempting to build a super computer that could break every kind of encryption and firewall meant to protect financial, medical and banking records around the world.

Muharrey told The College Fix that the Tenth Amendment Center, and by extension Sen. Ward’s office, through the legislation, is merely trying to get the federal government’s attention.

He said the NSA is an important tool for national defense, but, if it is to be a noninvasive tool and one that is respectful of individual rights, it must work within the parameters of the Constitution.

The University of Arizona and Arizona State University, citing policies against talking out against legislative proposals, refused to talk to The College Fix about Sen. Ward’s call for the passage of the Fourth Amendment Act.