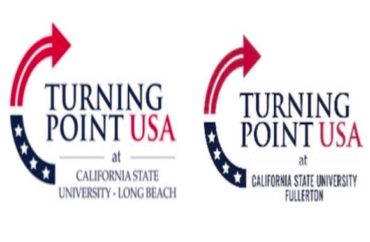 According to the Daily Forty-Niner, the TPUSA students “surrounded the entrance” to the CSULB Latinx and Black Resource Center to voice their opposition to the Students for Quality Education’s advocacy for defunding the campus police.

Cal State Fullerton TPUSA President Marcos Zelada said he and his fellow protesters were “practicing their freedom of speech” against the defunding initiative.

Zelada, who carried a sign which read “Defunding never works, bozos,” added “This was an impromptu counter to the dangerous ideas of defunding the police, which is what [Students for Quality Education] is trying to do on campus.”

Students from the Students for Quality Education meeting eventually went out to “confront” the TPUSA demonstrators, leading the latter to call the police.

In a joint statement posted to Instagram, members of the Black Student Union, La FUERZA and Students for Quality Education said the TPUSA members “created an unsafe environment” for those affiliated with the three groups, and they “requested” the university administration “respond appropriately to [TPUSA’s] attack.” 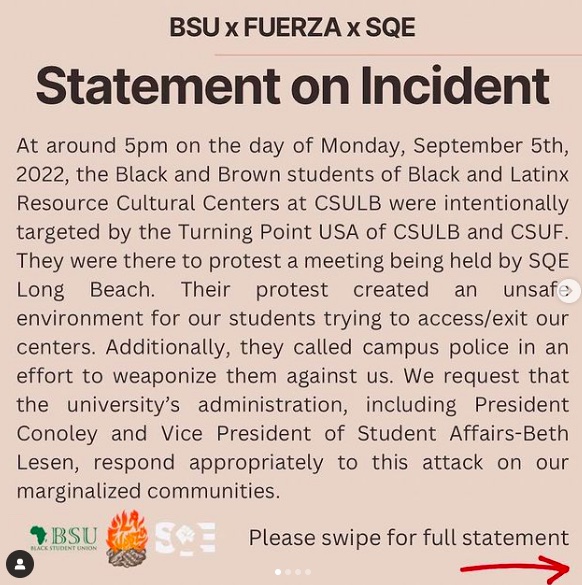 The statement went on to call TPUSA a “known alt-right, racist, and fascist group funded by White Supremacists [sic] donors and leaders” and said TPUSA’s call to the cops was to “weaponize” the police.

In addition, one of the police officers allegedly “inappropriately […] felt the need” to address the SQE students for referring to law enforcement as a “white supremacist institution.”

In its own statement, TPUSA said it was there to support law enforcement and that one of its members was giving a statement to a Daily Forty-Niner reporter when “suddenly” 30-40 members of the SQE meeting came out to “confront” them.