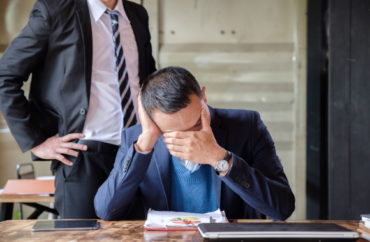 No more unbridled discretion for administrators

Fourteen months after it was sued for requiring students to get permission to engage in free-speech activities, a two-year college in Mississippi has revised a policy to resolve the litigation.

Jones County Junior College, which prefers to be called Jones College, incorporated language from the University of Chicago’s statement on freedom of expression in the revised “Freedom of Speech and Assembly” policy.

It will no longer require students to get approval from administrators for “planned or spontaneous” expressive activity in “traditional public forums” such as campus sidewalks, plazas and common areas, unless they are trying to use a space that has already been reserved.

The college will pay student Mike Brown $40,000 in legal fees intended for the Foundation for Individual Rights in Education, which represented him.

His lawsuit alleged administrators sicced campus police on him and others for recruiting for their Young Americans for Liberty club on two occasions, using a “free speech ball” and a marijuana policy questionnaire. The students halted their activism at that point.

The settlement agreement, signed by several college officials in the past week and its board chairman Tuesday, requires the taxpayer-funded institution to post the new policy within 30 days and distribute it to students. Employees also must “read and agree to comply” with it.

While the new policy says it was last updated in August, a FIRE spokesperson told The College Fix the policy is brand new. That August date refers to the college’s decision to change the policy “unilaterally” during litigation, “but FIRE continued to negotiate on the language,” resulting in the version approved by the board of trustees this week, he wrote in an email.

The 2018-2019 Student Handbook, the subject of the legal challenge, gave sweeping powers to a single official to approve or deny activism by student organizations (“schedule or not schedule any activity”). “Only approved student organizations may conduct student activities on or off the campus,” it read (page 111).

Student rallies, demonstrations and even “serenade[s]” were prohibited unless scheduled with one of two officials three days ahead (page 112), with “proper disciplinary action” for students – even those just observing – who don’t get permission. No criterion for evaluating applications was listed.

Brown, the plaintiff (below), said he would especially recommend the college to prospective students now that “we may speak freely without fear on campus.”

It was important for him to challenge college policy “because we all must have the ability to speak freely,” he said in a FIRE statement on the settlement. “[O]therwise how are we any better than other nations and regimes that restrict what their citizens may say?” 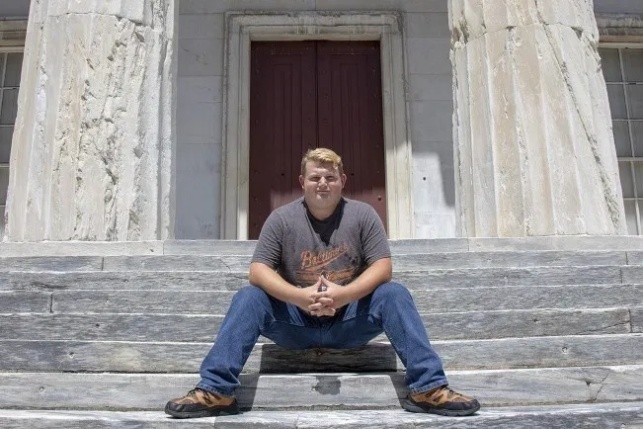 College will protect ‘lively and fearless freedom of debate and deliberation’

The old policy threatened discipline even when students don’t have their identification cards on them outside their residence hall, and it banned “gathering for any purpose” without approval three days in advance.

The college also promised to arrest non-students who come to campus for rallies and demonstrations unless they get approval two weeks ahead.

The words “discipline,” “arrest” and “permission” do not appear in the new policy, and the only appearance of “approval” specifies that it’s not required to use common areas.

It opens with a “policy statement” that claims the college is “committed to free and open inquiry in all matters” and “guarantees all members of the Jones community the broadest possible latitude to speak, write, listen, challenge, and learn.”

Community members “must also act in conformity with the principle of free expression” by not obstructing or interfering with “the freedom of others to express views they reject or even loathe,” even as they “criticize and contest” these views:

To this end, the College has a solemn responsibility not only to promote a lively and fearless freedom of debate and deliberation, but also to protect that freedom when others attempt to restrict it.

Several words and phrases are defined in extensive detail, including “disruptive activity,” which is “materially and substantially disruptive to normal operations” or “directed to inciting or producing imminent lawless
action” and is “likely” to do so.

“Expressive activity” is the “verbal or symbolic expression of an idea, thought, or opinion,” and includes not only speeches and marches but distribution of literature and “graphic or visual displays.” It doesn’t include true threats, defamation or commercial speech.

Parts of campus that are available for reservation, known as “Speaker’s Corner,” do not require reservations but give the “reservation-holder priority.” They can otherwise be used “on a first-come, first-serve basis.”

‘Shall’ grant exceptions if minimum conditions are met

A handful of conditions govern externalities caused by expressive activity, such as the speaker’s obligation to pick up their own litter but not that of others who, say, throw away a leaflet; not block building entrances and sidewalks; or use campus land only on a “temporary basis” (likely to discourage extended sit-ins or protest camps).

“Outdoor exhibits and structures such as tables, signs, flags, banners, or canopies” are expressly allowed if they meet minimum requirements, such as size and full visibility from outside. Presumably, this includes the free speech balls used by Brown’s chapter and other libertarian student groups, which have historically been a common target of administrators.

Removing wide-ranging discretion from administrations, the policy continues that the Office of Student Affairs “shall” grant an exception to the “dimension regulations” if students can demonstrate “the exhibit will not present a safety hazard and will not interfere with pedestrian or vehicular traffic.”

Administrators’ discretion to forcibly relocate expressive activity is limited to a handful of situations, including excessive noise or crowd size or interference with fire or police responders.

The section on “Parades, Marches, and Demonstrations” may be the most contentious for student groups. It lays out the conditions under which they must register their events, including if the activity is “reasonably likely” to draw more than 50 people or require event security.

The college’s discretion to require event security is limited by objective criteria, including how widely open the event is, and it will not impose costs “associated with or incurred as a result of anticipated or actual reactions to the event by nonparticipants” on the organizers. The policy also limits the college’s ability to deny reservations and permits to six specified reasons.

FIRE’s statement said the college’s revision adds it to a “positive statewide trend for free speech” in the Magnolia State, joining four other colleges from the previous year that earned the civil liberties group’s highest “green light” rating for speech policies.