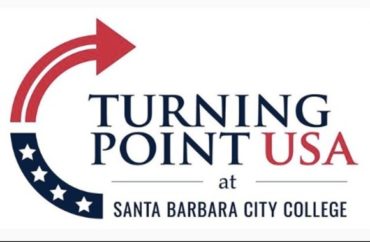 Civil liberties groups are warning Santa Barbara City College that it must overturn a student government decision to deny recognition to a student club if it was based on viewpoint.

The Associated Student Government unanimously voted to reject a club charter for Turning Point USA last month after telling its leaders that their views were unpopular on campus.

The taxpayer-funded institution is refusing to get involved, however, telling Campus Reform last week that the administration “does not have authority over the Student Government in this area.”

The Foundation for Individual Rights in Education told The College Fix it has “reached out to one of the students involved” to get more details.

“We’re concerned by the SBCC denial of recognition” to the conservative student group, Adam Steinbaugh, director of FIRE’s Individual Rights Defense Program, wrote in an email. “If the refusal of recognition was based on the proposed organization’s viewpoints, it’s point-blank unconstitutional.”

The Alliance Defending Freedom’s Center for Academic Freedom called the denial of recognition “blatant viewpoint discrimination” and “a clear violation of the First Amendment.” The college administration is “responsible for the student government’s discriminatory acts” regardless of its policies, “and it should rectify this immediately,” legal counsel Michael Ross told The Fix in an email.

Asked if it was considering representing the Turning Point club leaders, however, a spokesperson for the public interest litigation firm said it had made no decision.

The Fix asked SBCC media relations Friday why it believes it does not have authority to overturn decisions by the student government. It responded to a followup phone call Monday, asking for more time.

Must act on the wishes of ‘truly offended’ students

The effort to establish a Turning Point USA chapter faced hostility from SBCC students at a February student government meeting, which took public comment on the club’s application, according to campus newspaper The Channels.

It said several students “cited incidents of racism and discrimination” by TPUSA founder Charlie Kirk (below) and former leaders, but did not specify any.

Recognition of the club would be “a direct threat to our student democracy,” said student Luca Ferrel. The Channels reported that student Agnes Guerry claimed Turning Point USA, the parent organization, “targets African-Americans and compared the organization to Nazi Germany.”

The Associated Student Government decided to delay the vote until a later meeting where club leaders Bailey Hanna, Cainan Iorio and Nathaniel Grotenhuis made their case for recognition.

Senators’ questions and comments implied they were evaluating the club based on its viewpoint, rather than content-neutral criteria.

MORE: University accused of breach of contract for not recognizing TPUSA chapter

“If we’re seeing a large volume of students that are acting truly offended by this organization, it’s our job to act on what the students want,” said senator Rafael Carrillo, according to The Channels. “What is your argument that we need to have this on campus?”

Senator Kenny Igbechi criticized the national organization for its Professor Watchlist, which aggregates news reports to create profiles of faculty who “advance a radical agenda in lecture halls.”

He claimed that the website opposes “freedom of expression” for faculty. (The website says TPUSA fights for “the right for​​ professors to say whatever they wish​,” but it argues that “students, parents, and alumni deserve to know” the background of listed faculty.)

Igbechi rejected Hanna’s claim that the club would promote free speech at SBCC, asserting that “the club’s definition of the term would actually infringe on the free speech of students and faculty on campus,” The Channels paraphrased.

The student government’s affirmative rejection of the application was highly unusual, according to the campus newspaper. At the same meeting, senators approved the application for the Injustice Club, which uses social media to “spread awareness of transgressions across the country.”

The club wrote in an Instagram post after the rejection that it drew “nearly 50 potential members” at the college’s Club Day. “This is not the end, we are going to fight back and appeal their decision,” he said.

Hanna told Campus Reform that he had heard the campus chapter of Young Americans for Freedom also had “some issues getting their charter approved” before it went through.

After 7 weeks of road blocks, we were finally given the opportunity to present our club to the Santa Barbara City College Student Senate. Despite our unexpected success attracting nearly 50 potential members on Club Day, the senate unanimously denied our club charter. This is not the end, we are going to fight back and appeal their decision. We will not stop defending what we believe in.

A spokesperson for the college asked The Fix on Monday for more time to issue a formal statement, saying it was busy responding to the coronavirus pandemic.

The Fix had asked Friday if the refusal to recognize a conservative club implied TPUSA was the victim of viewpoint discrimination, especially in light of the approval of the Injustice Club at the same March meeting. The Fix also asked if SBCC had reviewed FIRE’s model code on student fees, which if adopted could help the college avoid First Amendment litigation.

“Public colleges are supposed to be a marketplace of ideas, where students can form around shared beliefs and share those beliefs with others,” the alliance’s Ross told The Fix. “But Santa Barbara Community College is not allowing a conservative group to do that just because some people disagree with the group’s ideas.”