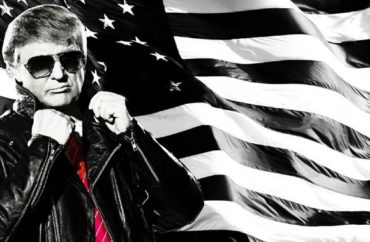 A common hurdle for controversial student organizations is finding a faculty advisor, as required for recognition by their universities.

At the University of Maine, the College Republicans chapter has not had trouble finding faculty advisors. Rather, it keeps losing them.

The conservative group is once again shopping around after its latest advisor, a progressive newspaper columnist, quit in protest of the CRs’ invitation of a controversial speaker.

The possibility that the club may have to keep seeking re-recognition by the student government is an unacceptable restriction on its freedom of expression, a civil liberties group told The College Fix.

In the event that a student organization can’t find a required faculty advisor, “the university must provide them one or waive the requirement,” Adam Steinbaugh of the Foundation for Individual Rights in Education wrote in an email Thursday.

The CRs already have reason to suspect they won’t be treated neutrally. Vice President Jeremiah Childs told The Fix the university suspended the club last semester in response to vague charges of supporting “Nazism” and “white supremacy.”

The investigation concluded that the allegations were baseless. The club’s new advisor, Amy Fried, resigned the same day, which Childs perceived as a “malicious” move. Fried told The Fix in an email that her resignation had “nothing to do” with the results of the investigation.

The club is doing all that it can to become re-recognized, which will ideally happen “by mid-February,” Childs said in a phone call Thursday.

University spokesperson Margaret Nagle confirmed to The Fix that there’s no way around the faculty advisor requirement for clubs seeking recognition.

It’s “long standing policy” that groups recognized by the student government must “have an employee of the University of Maine work with them,” she wrote in an email. Asked about the logic behind the re-application process in cases where advisors step down, the spokesperson did not respond to followup queries.

‘No sufficient allegations’ of wrongdoing

The student club recognition process at UMaine entails several steps. A group must fill out a new preliminary recognition application with a faculty advisor’s signature, submit paperwork to the student government, and interview with the Student Organizations Committee.

Assuming the committee approves the club, the Student Senate then decides whether to approve the approval.

Professor Fried, who also chairs the political science department, took over as the CRs’ advisor after its previous advisor moved out of state last fall. She was already serving as advisor to the UMaine College Democrats and Young Americans for Liberty as of October, and the CRs asked her to add them as well, she told The Fix in an email Jan. 20.

In addition to her UMaine roles, Fried is a columnist for The Bangor Daily News, authoring its political blog Pollways.

Fried told Inside Higher Ed that she initially agreed to advise the club because of her “overwhelming support for free speech and free expression.” While she told the publication that the CRs now are “very Trumpy to alt-right,” Fried told The Fix that she knew their “perspective” going in.

She decided to quit advising the club when it invited conservative pundit Michelle Malkin to speak, pointing to Malkin’s association with a “Holocaust denier,” Nick Fuentes. Fried said the club asked her to rejoin, but she declined. “While the CRs most certainly have the right to invite who they want, I used my right, my freedom of association, and resigned after they invited Malkin,” she wrote. (Contrary to the “progressive” characterization by Inside Higher Ed, Fried told The Fix she’s a “centrist Democrat.”)

Malkin has recently taken heat for supporting the self-described paleoconservative and “American nationalist” Fuentes, whose followers are known as “groypers.”

The professor was still the club’s advisor when the university investigation started in early December, prompted by an anonymous student’s claim that the CRs only allowed white people to serve as leaders, according to Childs, the vice president.

It’s not clear how long Fried served as advisor to the CRs this fall. Childs told The Fix it was three days, while Fried told The Fix and other outlets that it was about a month. She said she’s asking the administration to provide specific dates.

The investigation debunked the claim. In a Jan. 10 email to The Fix, Childs copied the body of an email the club received from an unidentified university official. (Childs has not responded to a Fix request Jan. 13 to send the full forwarded email, including the identity of the sender and timestamps.)

It said university attorney Sean O’Mara had “found no sufficient allegations,” so the club’s suspension would be lifted. But since its advisor had resigned, the club would be marked “inactive” until it found a replacement, the university email said. (It doesn’t identify the advisor, leaving open whether it refers to Fried or the advisor who moved away.)

That means the club can’t get student government funding, “receive services extended to student orgs” by the university, “book complimentary rooms or meeting spaces on campus” or hold events “under the event management process.”

The club will have to go through a new re-application process, which requires the approval of the student committee and the full Student Senate, which Childs said is not fond of the CRs in the first place.

The reason the CRs are so familiar with this process is that the club has been suspended more than once in the past, according to Childs. He said the CRs have numerous prospects for advisors, including both professors and graduate students, but declined to identify them.

Steinbaugh, who direct’s FIRE’s Individual Rights Defense Program, said it’s wrong to force a club to reapply to the student government because its advisor quit. He told The Fix “the university should not allow that separation to burden the group’s ability to utilize university resources.”

The CRs chapter has a rocky history with the University of Maine administration. It hosted a “Deck the Wall” Christmas party in 2018 to “celebrate both sides of the border wall, meaning that both Mexican and American themes would be featured at the event,” Breitbart reported at the time.

This upset some of their peers, and they complained to the administration, which asked that the club issue an apology. It did.

The administration also objected to the club’s Facebook support for last fall’s Straight Pride Parade in Boston, requesting a meeting with club leadership, according to Childs. When administrators asked what to do if they receive complaints about the club’s online activity, Childs said they “could give anyone [who] complains his number,” he recounted to The Fix.

Several weeks before the baseless accusation that the CRs banned nonwhites from serving in leadership roles, the administration publicly went on the offensive against the club.

In October, the group found itself in hot water after thanking a local mayor for continuing to celebrate Columbus Day after the Democratic governor officially renamed the holiday “Indigenous Peoples Day.”

The Facebook post claimed that civilizations that preceded Columbus’s arrival, such as the Aztec Empire, were ridden with “rampant ritual sacrifice and cannibalism.”

About a hundred people protested the CRs’ post, organized by a Native American student. John Bear Mitchell, the Native American Education program coordinator, told Inside Higher Ed that the student claimed CRs members “harassed and physically threatened [her], and out of fear she did not attend classes for a week.”

Inside Higher Ed said a university spokesperson would not comment on the legitimacy of the harassment claim, but the CRs denied the allegations.

Fried’s role advising the CRs was also not her first. While Childs characterized her as resigning in 2016 in the wake of Donald Trump’s election victory, Fried told The Fix she had previously advised the club for about three years.

She knows she did not resign right after the election, “because I signed the papers and became a signatory on the CR’s bank account in the summer, and then signed the papers to stop being a signatory in the summer,” when the club picked a different advisor. (Inside Higher Ed attributes Fried as serving as advisor from 2015 to 2018, but she did not give The Fix the specific years.)

The Young America’s Foundation dropped Malkin as a guest speaker in November for signaling support for Fuentes, and prominent conservative figures including Ben Shapiro and Charlie Kirk have also denounced Fuentes as an anti-Semite and Holocaust denier.

Malkin is still scheduled to address the club at an off-campus event Jan. 17. (That venue, which signed a contract for the event, later canceled, as did three others that tentatively agreed to the booking. Malkin eventually spoke at a municipal town hall.)

Childs previously told Inside Higher Ed that the CRs align themselves with President Trump’s “America First” movement and the membership is more “socially conservative” than past iterations of the club.

The president of the College Democrats, Liam Kent, told Inside Higher Ed that his members “do not feel safe in the same room as members of UMaine College Republicans,” and will only debate the club with “university security personnel” present.

CORRECTION: Amy Fried, the professor who resigned as advisor to the College Republicans last fall, disputed several parts of this article, for which she was not originally interviewed. The Fix learned about her criticisms when she tweeted about them, and reached out to Fried to elaborate. The Fix has added Fried’s comments, including where she disagrees with factual claims by the CRs about her tenure as advisor, and removed one section that The Fix misinterpreted from Fried’s interview with another publication. The Fix has again requested original documentation from the CRs to back its factual claims. Fried also said she’s seeking original documentation from the administration.

MORE: CRs shut down for ‘hurtful and inappropriate conduct’