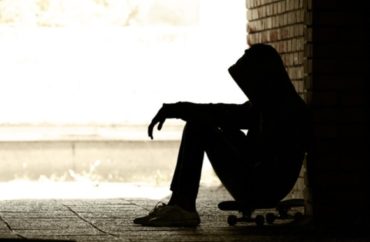 Calling someone an ‘asshole’ does not constitute ‘fighting words,’ however

Playing golf on a near-deserted Kansas campus led to an interaction that left Russell Parker homeless during the COVID-19 pandemic.

Haskell Indian Nations University kicked the student out of campus housing because he called a campus employee who threatened to tow his car an “asshole,” according to a warning letter from the Foundation for Individual Rights in Education.

Parker has alternately lived in his car, stayed with friends, slept in hotels and is now temporarily living several states away because the university, which is operated by the federal government, suspended him without a hearing.

Haskell has already shown that its “first concern was its image rather than its students,” FIRE’s Zachary Greenberg wrote in a blog post, noting that an official accidentally responded to Greenberg in an email meant for other officials on PR strategy. 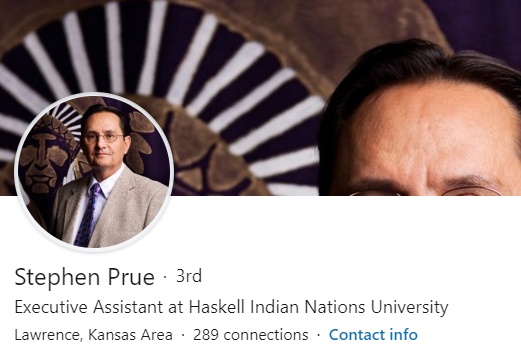 “As this will likely go public, I think response to this person/group [Greenberg and FIRE] should be avoided and the message with comment should be sent to Clint Bowers at [the Bureau of Indian Education] for guidance,” Executive Assistant Stephen Prue (left) wrote to acting President Jim Rains, Student Rights Administrator Danelle McKinney and Tonia Salvini, vice president of university services.

By including Greenberg on the response, the university showed it is “as careless with the reply-all button as they are with student rights,” he wrote.

A member of the golf team, Parker was chipping shots on a part of campus where he practices regularly on April 8 when Steve La Cour, acting facilities foreman, started grilling him about being on campus during the COVID-19 shutdown.

La Cour questioned whether Parker was a student and refused to look closely at his nearby car, which had his student parking sticker. The foreman ordered Parker to move his car and followed him back, at which point La Cour asked to see Parker’s identification. The student said it was in his dorm room, where he continued to live with authorization during the campus shutdown.

Pressed by Parker why he couldn’t park there – his regular spot for practice – the foreman told the student “I’m going to take a picture and have your car ticketed or towed.” Parker responded that La Cour was “being an asshole.” A security officer later told Parker he could keep golfing there but couldn’t park nearby, so the student left.

Two days later McKinney notified Parker that he would be suspended immediately for “violence indicating threats to one or more federal employees.” (La Cour told the security officer that Parker “had a golf club in his hand and was very agitated,” but not that he made a threat.)

The suspension came with recommended “PERMANENT LOSS OF HOUSING”:

While the letter gave him until April 17 to appeal the loss of housing, Parker immediately asked McKinney (right) to schedule his appeal as soon as possible because he would be left homeless during the coronavirus pandemic. He emailed his story to Salvini the next day.

The university did not honor its own April 17 date, declining to schedule a hearing for Parker despite his protest that “his lack of housing and internet access rendered him unable to promptly respond to any scheduled hearing on short notice.”

Greenberg warned the university that none of its allegations against Parker “constituted an emergency,” but that either way, it was in violation of federal regulations by not giving the student a hearing “within ten days” of removal. Its own student handbook binds the university to an even tighter timeline – “as soon as practicable thereafter” – for emergency situations.

Parker stands accused of making a threat and presenting an “an immediate danger of risk to the campus community”—a determination he has vigorously denied by providing an account of the April 8 incident contradicting the university’s account. These conflicting accounts present the possibility that HINU has punished Parker without a hearing for expression protected under the First Amendment—an untenable result at a university obligated to uphold the constitutional rights of its students.

The testimony against Parker by La Cour and James Yarnall, the security officer, don’t fit the conduct with which he’s charged, and the specific conditions of his emergency suspension – allowing him to do many other campus activities – suggest the housing removal was “punitive,” Greenberg wrote:

Because the context of a statement is vital to determining whether an individual’s statements constitute a “true threat” and thus do not enjoy First Amendment protection, HINU’s failure to provide Parker with an opportunity to provide this basic information not only violated his right to due process, but likely violated his free speech rights as well.

In a footnote, Greenberg noted that there’s direct legal precedent on calling a public official an “asshole”: The 6th U.S. Circuit Court of Appeals ruled that the epithet directed at a police officer did not trigger the fighting-words doctrine.

The university did not respond to FIRE by its requested deadline of Tuesday, leading the civil liberties group to publicize the case.

Read the blog post, Greenberg’s letter, the incident report and Parker’s account. (Note: Both Greenberg and the university identified the foreman as “LaCour,” but he spells it “La Cour” on Facebook.)

CORRECTION: The image associated with one of the university officials depicted the wrong person in the original version of this post. The correct person has been identified in the new image.