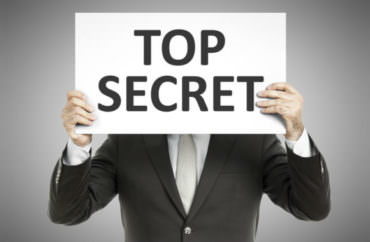 Prompted by ‘serious and widespread nature of reports’

The University of Northern Colorado is restricting activities for several fraternities in response to misconduct allegations that it refuses to specify.

It informed the seven members of the Interfraternity Council that they are not allowed to participate in Greek Week, recruitment and initiation, most alumni events, intramurals, “formals” or “socials,” among other activities.

The restrictions are necessary because the administration is “concerned for the health and safety of the Fraternity and Sorority Life community, as well as others who interact with them,” Lacey Staehs, FSL program coordinator, wrote in a letter to IFC members.

The Foundation of Individual Rights in Education obtained a copy of the letter to Pi Kappa Alpha and provided it to The College Fix.

Asked why UNCO set these restrictions and for details on the allegations, redacted for personal information, a spokesperson avoided the question.

“During the spring semester, chapters will develop health and safety plans in response to the serious and widespread nature of reports we’ve received,” Nate Haas, director of university news and public relations, wrote in an email to The Fix.

Haas said the restrictions are intended to help fraternities and sororities so they can address the issues now before they “face the prospect of more serious consequences for continued violations.”

The student who sent FIRE the letter from Staehs asked to remain anonymous, Greenberg told The Fix in an email. He said he couldn’t comment on whether the fraternities would take legal action, or if any sororities got the same punishment. FIRE is giving the university until Tuesday to acknowledge the letter.

Delta Chi and Alpha Kappa Lambda declined to comment on the restrictions and what they plan to do about them in emails to The Fix.

Kappa Sigma does not appear to have any listed contact except via Instagram; The Fix messaged it Wednesday night.

‘Interest in student safety is not directly advanced’ by ‘severe prohibitions’

The letter from Staehs tells the fraternities and “Panhellenic chapters” that the Office of Institutional Equity and Inclusion and Office of Community Standards and Conflict Resolution became concerned “due to the frequency and nature of reports” they received.

(Staehs’ letter is vague in other ways. It’s undated, and Greenberg’s letter to President Feinstein mentions two dates, Jan. 6 and Jan. 7. UNCO has two sorority organizations, one spelled “Panhellenic” and the other “Pan-Hellenic, and Staehs does not specify if she means one or both. The university also has a Multicultural Greek Council, not mentioned in the letter.)

As a result, the IFC and Panhellenic chapters and the council’s executive board must draft a “Safety and Success Plan” during the spring 2020 semester.

While they are prohibited from conducting a broad range of activities, all the way down to “tailgating” and “Brotherhoods,” the fraternities can still participate in community service events, Greek education, council meetings, chapter meetings, and Spring Officer retreat. 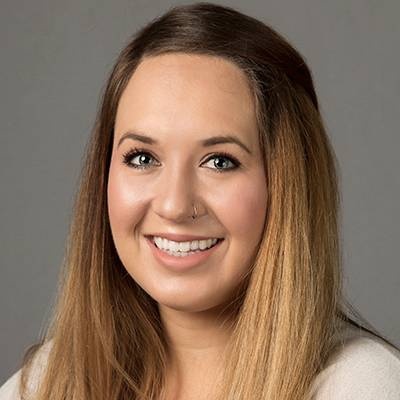 The IFC is also “required to work with an advisor(s), headquarters staff, the IFC Executive Board, and me to complete a chapter Safety and Success Plan,” Staehs (left) said. It will have to present the plan to UNCO campus administrators.

The Fix reached out to all the executive members of the IFC multiple times through email, their only listed individual contacts, to ask how they will respond to these restrictions. None responded.

Haas described these restrictions as “working with fraternities and sororities to help ensure their success.”

While FIRE “appreciate[s] that UNC[O] has an interest in protecting student safety,” the restrictions violate the fraternities’ freedom of association because they are not “narrowly tailored to effectuate a compelling interest,” Greenberg wrote to President Feinstein.

Though not binding on the Colorado-based university, Greenberg cited the criteria used by the 2nd U.S. Circuit Court of Appeals for analyzing restrictions on freedom of association.

According to Greenberg, the restrictions do not “withstand constitutional scrutiny” when applying the standard from the 2nd Circuit.

Fraternities have a strong interest in their right to freely associate, the letter continues: The restrictions ban a “a vast array of core fraternal functions and threatens the Fraternities’ existence as viable student organizations.”

Greenberg said “the university’s interest in student safety is not directly advanced” by its “severe prohibitions” on the IFC members’ associational rights. The bans on “[s]ocials, parties, formal, and tailgating,” for example,  have “little to nothing to do with UNC[O]’s interest in protecting students.”

The restrictions must be “sufficiently tailored to achieve such an objective in a constitutional manner,” he continued. And even if they were, “allegations alone are not sufficient to justify broad restrictions on whole classes of student organizations.”

UNCO has not given the fraternities “any modicum of due process” before removing their rights and must rescind the restrictions under its First Amendment obligations, Greenberg wrote.

In order to serve the interests of other student groups, the university “must make clear that it will not impose such unconstitutionally restrictive measures on any other student organization,” he concluded.

MORE: WVU punishes sorority for ’emotional distress to a person of color’