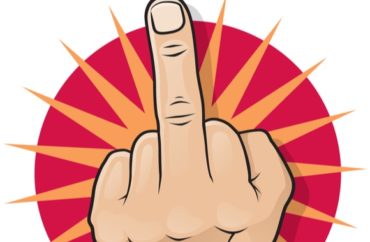 Even convicted felons have more rights than university allowed its students

Do you think Ohio taxpayers are tired of subsidizing the lawless, aloof administrators who run their public universities?

Ohio University has evidently learned nothing from its unconstitutional suppression of the First Amendment rights of students who did absolutely nothing wrong, by its own admission.

Practically daring students to file a lawsuit, administrators suspended the “organizational activities” of all 15 fraternities in its Interfraternity Council earlier this fall, based on hazing allegations against nine of them, according to The Athens News.

What do these activities include? Not only hosting gatherings but “communication with and among the group via any social media platform or application,” according to an administrator’s letter to fraternities obtained by the Foundation for Individual Rights in Education. 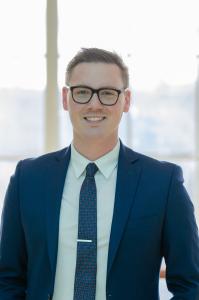 Taylor Tackett, assistant dean of students and director of community standards and student responsibility (left), literally told fraternities that any communications among members had to be “pre-approved by me.”

She complimented FIRE’s Zachary Greenberg, a Syracuse Law graduate who previously defended “indigent Syracuse residents on misdemeanor charges,” for the “obvious effort” put into the Nov. 12 letter. Nalazek did not respond to the voluminous case law against Ohio University that Greenberg cited.

MORE: Want to see fascism in action? Look what Syracuse did to fraternity members

Instead, she justified the unconstitutional restrictions on students’ rights by citing the “unprecedented number” of hazing allegations – allegations! – the university received this fall. They were only “temporary … so that the situation could be assessed.” A few weeks later, restrictions for most punished organizations had been lifted or “significantly modified.”

Showing her amazing skills in half-assing a legal response, the interim general counsel said OU disagrees that the “original directives were constitutionally infirm.” She failed to explain why, in any level of detail.

It’s worth reading Greenberg’s Nov. 12 letter in full to see just how much case law Nalazek had to ignore to portray the university’s draconian response to hazing allegations against some fraternities as perfectly acceptable. Willful ignorance of the law may be what’s required to become the permanent general counsel.

Out of compliance with its own federal appeals court

It is not a close call that “OU has exceeded the lawful scope of its authority under the First Amendment,” as Greenberg wrote.

The FAQ document, which purported to clarify the restrictions on associational and speech rights, limited fraternity members to “1:1” conversations between friends on “personal topics.” It refused to define what the university considers a prohibited “chapter event,” telling students there was no “magic number … [if] people could associate it with your organization,” fraternities should avoid it.

The justification by Nalazek (right) for the draconian punishments – hazing allegations – have no bearing on the legal analysis, Greenberg told the university in his Nov. 12 letter. “OU effectively bans any communication whatsoever among Group members and thereby threatens their existence as viable student organizations,” he wrote: “Courts have correctly viewed less onerous restrictions as impermissibly burdening associational freedoms.”

The public university is out of compliance with its own federal appeals court, the 6th Circuit, which struck down a Cincinnati ordinance excluding convicted drug dealers from “drug-exclusion zones.”

If that’s an impermissible restriction on “associational freedoms,” as Greenberg notes, what chance does OU have in court if the fraternities decided to sue for restricting communications that have nothing to do with hazing?

It is difficult to imagine how prohibiting all unofficial meetings—regardless of how brief, innocuous, or unrelated to pledging or university affairs—is at all tailored, much less narrowly tailored, to address the university’s cognizable interests. … Such wide-ranging restrictions cover a virtually unlimited array of student activity bearing no reasonable relationship to maintaining a safe educational community.

The university and its interim legal counsel also appear to be contemptuous of Supreme Court precedent.

Greenberg cites the high court’s 2016 rejection of a North Carolina law that bans registered sex offenders – not just drug dealers! – from using websites that allow children “to become members or
to create or maintain personal Web pages,” such as social media.

Such a restriction still violates the First Amendment because social media are “integral to the fabric of modern society and culture,” the ruling’s summary says:

Even convicted criminals—and in some instances especially convicted criminals—might receive legitimate benefits from these means [social media] for access to the world of ideas, particularly if they seek to reform and to pursue lawful and rewarding lives.

Greenberg elaborates on this ruling, known as Packingham, in a footnote:

Considering that OU’s blanket ban on social media platforms to communicate is arguably more restrictive than the law in Packingham, and the university’s interests in policing student expression is markedly diminished in contrast to the important interests in warding against convicted sex offenders’ use of the internet to contact children, OU’s restrictions stand on significantly weaker constitutional footing than the law struck down by the Packingham Court.

The idiotic prior-approval requirement laid down by Tackett, the assistant dean of students, is also plainly unconstitutional. Not only does it encourage “self-censorship” but fails to “set forth any objective criteria for approval,” Greenberg wrote – leading to a situation where students need permission from the university to criticize the university.

Greenberg portrayed the university’s alleged end to unconstitutional restrictions as a victory for students, even though OU has suffered no consequences for actions it never bothered to defend and will likely repeat.

“FIRE and these students sent OU a clear message: administrators can’t muzzle student speech and get away with it,” he said in a blog post last week. (Except administrators did get away with it.) “FIRE’s reputation and history of successful action no doubt got Ohio University’s attention and helped restore constitutional rights,” said a lawyer for the students, Timothy Burke. (How long will they remain restored?)

FIRE’s action may have gotten this pitiful, one-page response from the university. But it’s clear that nothing short of litigation and ruinous damages against individual administrators will ever stop them from willfully and repeatedly violating students’ rights.